According to Howard, Taraji shed a few pounds and is back to work after the medical scare.

When the subject came up at the BET Awards, Howard explained what he thought may have happened. “She probably drank something when we were in Monte Carlo, but it was sad seeing her in there,” he said about Henson being in the hospital. “She’s much better, all skinny now. I need to get what she had,” he joked. (ET Online)

Watch Terrence Howard’s interview on the next page…

According to reports, Taraji had a bad run-in with food poisoning last month.

Taraji P. Henson is laid up in a hospital bed with a bad case of food poisoning … TMZ has learned. The queen of “Empire” posted a pic of her arm with an IV drip — and our “Empire” sources tell us she’s had trouble keeping anything down since getting off a plane yesterday from Europe. Taraji was in Monaco earlier this week. (TMZ)

Henson revealed a hospital shot of herself onto Instagram in mid-June. 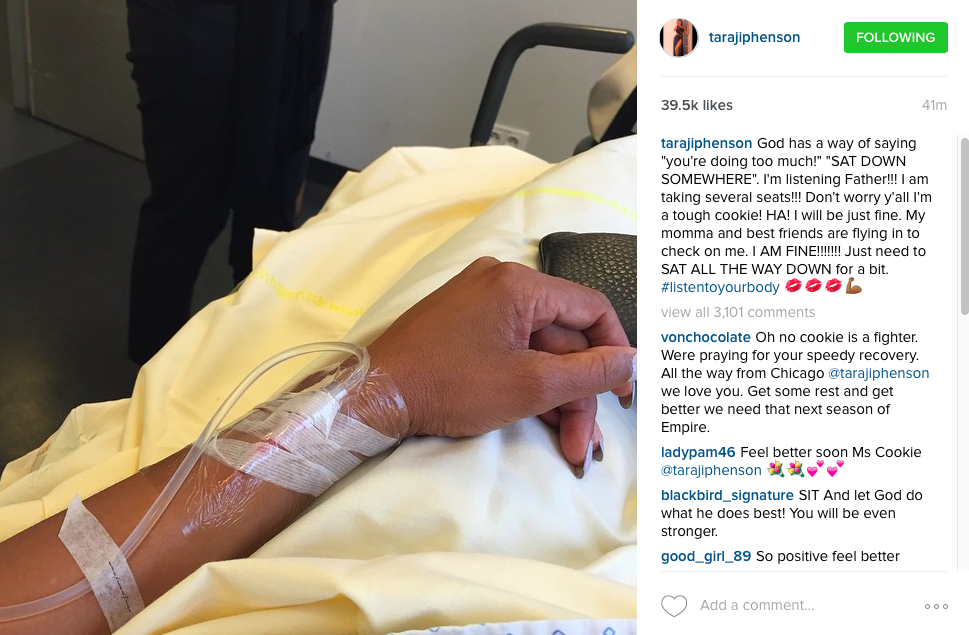 Recently, Taraji, who plays “Cookie” on Fox’s “Empire” show, said rap heavyweight Lil’ Kim had hinted at her interest in a guest appearance.

Taraji explained how Kim had direct messaged her on Twitter to ask about a guest role after learning she was Cookie’s hero. She added: ”I was like, ‘Trust me girl, I’m working on it.’ That would break the internet.” (Contact Music)