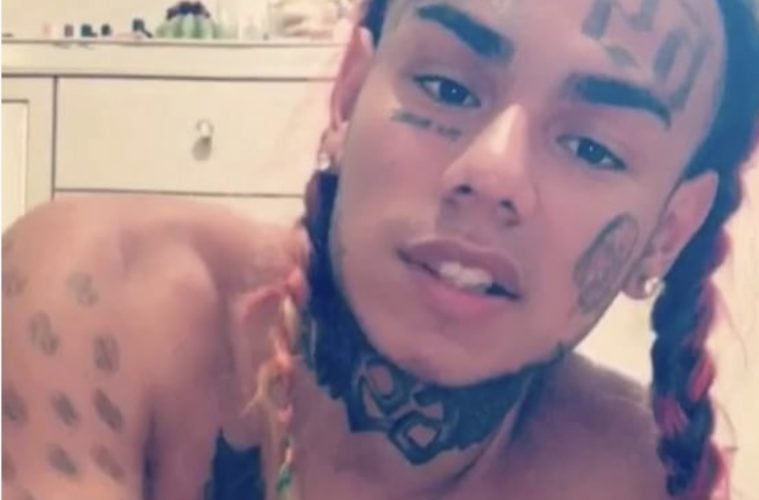 According to reports, the three-part series will chronicle Tek’s rise from a New York City deli employee to rap star and convicted criminal.

SuperVillain is based on Stephen Witt’s extensive Rolling Stone feature, “Tekashi 6ix9ine: The Rise and Fall of a Hip-Hop Supervillain.” “Tekashi 6ix9ine’s story fits into Rolling Stone’s history of epic narratives about the most important and controversial artists of our times,”  said Gus Wenner, President and COO of Rolling Stone. “We are thrilled to work with Showtime, Imagine and Lightbox on the definitive docuseries of Tekashi’s meteoric rise and spectacular fall.” (Rolling Stone)

Showtime execs have confirmed the huge power move and dished on what viewers should expect.

“The bizarre and complicated rise of Tekashi 6six9ine is a story of our times,” said Vinnie Malhotra, EVP, Nonfiction Programming, Showtime Networks. “Beyond becoming one of the most notorious hip hop artists of this generation, his story speaks volumes of the impact of social media and manufactured celebrity in our society. We’re excited to be partnering with such heavy hitters in the world of music and documentary to bring Supervillain to life.” (Deadline)

According to reports, Fif’s upcoming docuseries will also focus on his own life story.

The story of Tekashi 6ix9ine is a bizarre one: the Brooklyn rapper allegedly affiliated himself with a gang for street credibility, and then found himself extorted and kidnapped by them, is now in prison for his involvement with their crimes, and cooperated with police to convict them. Curtis “50 Cent” Jackson thinks it will make for great TV, and so will the legal dramas of other celebrities, including himself: the rapper-actor-entrepreneur has inked a deal for a scripted docuseries on such subjects called “A Moment in Time” that will be produced by him through his production company G-Unit Film & Television, a rep confirms to Variety — adding that there will be episodes on “many more” celebrities as well. The news was first reported by TMZ. (Variety)