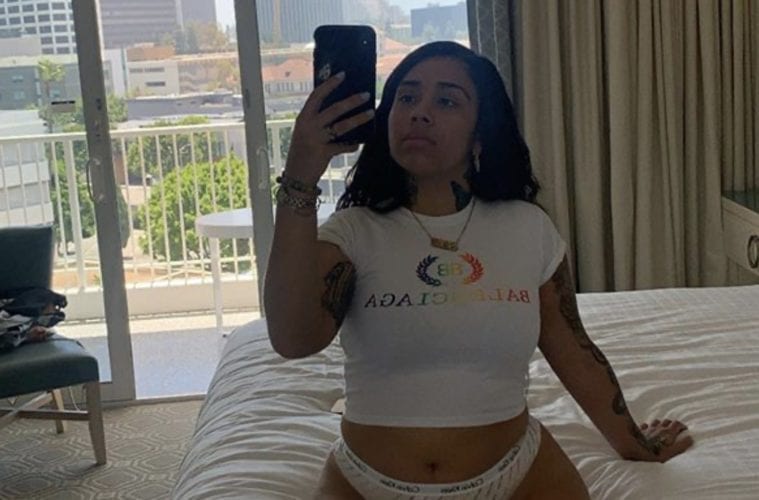 Tekashi 6ix9ine’s Ex Sara Molina Jokes About Belonging To The Streets: “Jada Pinkett Ain’t Got Nothing On Me, I Had Them N****s Smoking Together”

New York rapper Tekashi 6ix9ine might not have been capping when he accused his now-ex-girlfriend Sara Molina of sleeping around with his friends turned enemies. The hip-hop model went online this week to seemingly confirm past cheating and affair rumors.

Heading into Saturday, Sara hit up Instagram Story with a reference to actress Jada Pinkett Smith‘s recent “entanglement” with singer August Alsina during a temporary separation from her husband Will Smith. Although she didn’t name-drop, Molina made a direct connection between 6ix9ine and someone he had a friendship with.

Back in May 2020, tensions stirred after cameras spotted Molina low-key creeping with Tekashi rival Rich The Kid. Atlanta rapper Future acknowledged Rich using a baby mother as a prop possibly for a new music video.

Instead of staying mum, Molina made sure to step up to Future. Sara clapped back at him by calling out his number of baby mothers.

In May 2020, Tekashi 6ix9ine went to his Instagram Story and confirmed rumors about Sara allegedly sleeping with his former manager Shotti. Tekashi questioned fans calling out his loyalty to Treyway.

Molina eventually came forward to speak on the accusations and refused to address if they were true.