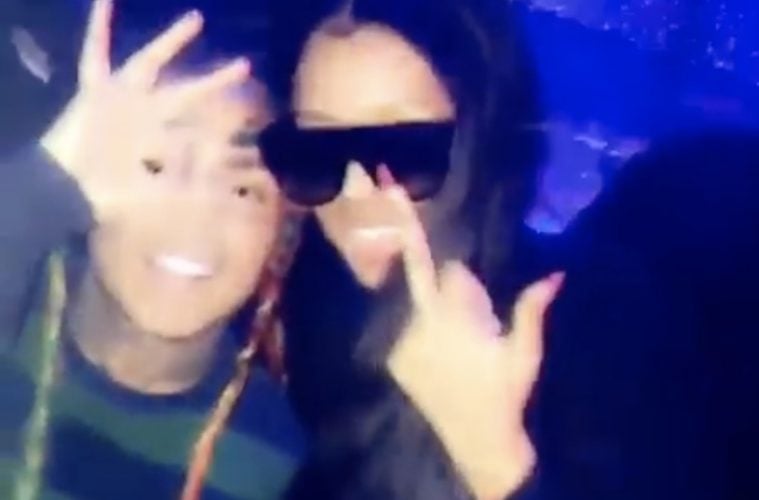 Tekashi 6ix9ine’s Bae Shares Pre-Jail Footage: “This Night I Wish I Can Rewind It – We Had Sex In A Bulletproof Truck”

New York rapper Tekashi 6ix9ine‘s girlfriend is going back in time. The jailed hip-hop star’s bae Jade went to social media this week with a flashback.

Last night, Jade shared a precious moment alongside Tek and said they were much more than kissing partners that night.

In a recent interview, Dipset’s Jim Jones said Tek’s decision to work with the feds in a drug trafficking case forced him to no longer support the Brooklyn rapper.

“His history is erased. We not even gon’ say what we liked or what we [don’t like]. Screw him. He did some actions that he can’t come back from, so his name non-mentionable – I don’t know what he could do [if he gets released]. I don’t give a f*ck what he could do. That’s not my job. If he did step foot in there, they should stay far away from him. I grew up in the era where certain things – you can’t come back from. It’s not fixing that. You black, you black forever. You a rat, you a rat forever. Ain’t no coming back from that. So, that’s a subject that we don’t even have to touch on.” (“The Cruz Show”)

Back in February, rap star Meek Mill and Jade went at each other’s necks over 6ix9ine – notably his decision to plead guilty on federal charges and cooperate in a racketeering case.