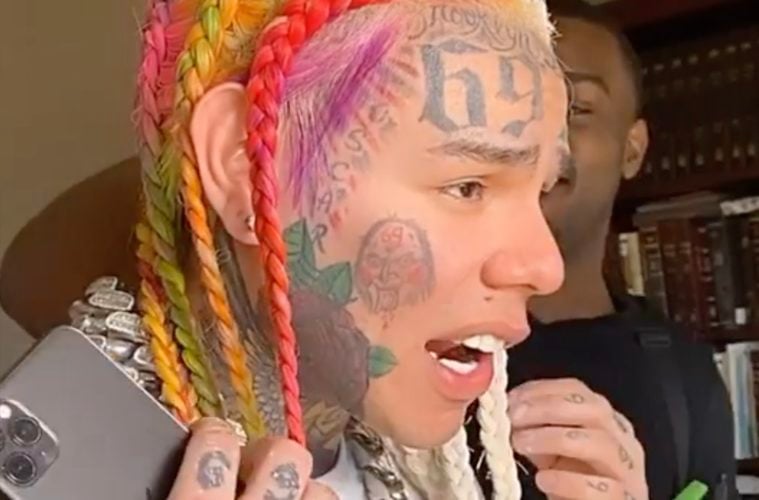 New York rapper Tekashi 6ix9ine is ‘this’ close to dropping something new. The hip-hop star issued a challenge to his Instagram followers and in exchange of it being met he would put out a new music video.

Earlier in the week, Tek vowed to come through for his true fans. 6ix9ine promised to drop new music if he kept selling copies of his new “GOOBA” anthem.

On Wednesday, Tekashi relied on his Instagram page to call out Billboard. 6ix9ine tooted his own horn about “GOOBA” dominating streams and asked Billboard to properly report his stats.

Atlanta rapper Future and Sara Molina are going at each other’s necks. The hip-hop heavyweight and baby mother to 6ix9ine have lit up social media with big shade.