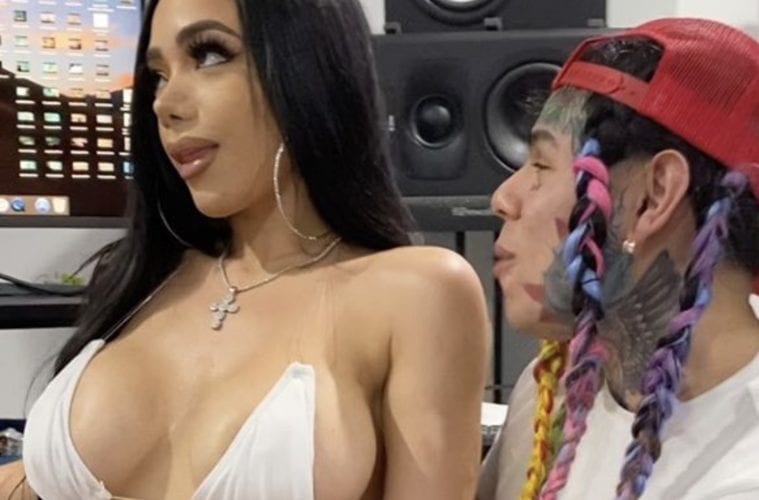 New York rapper Tekashi 6ix9ine thinks he’s sitting on another chart-topping banger. The hip-hop star has come forward to tease fans with a snippet of new music gearing up to drop.

On Monday, 6ix9ine hit up Instagram with the ultimate thirst trap-motivated clip. In the footage, he’s in his at-home studio with a vixen turning up to a new Spanish-influenced banger.

This past Saturday, Tek went to his Instagram page to deliver big news. In addition to revealing he has just over a month left before getting the green light to leave his home, Tekashi 6ix9ine also promised to drop a music video this week.

Recently, Tekashi went online and didn’t simmer down on major name-dropping and finger-pointing. 6ix9ine went off on a couple industry people connected to streaming services and an entire anti-Tekashi group for trying to stop his success.