New York rapper Tekashi 6ix9ine is going sky-high with his trolling. The hip-hop star went online this week to once again give fans a glimpse into just how much of a real-life troll he is even with his bodyguards.

https://www.instagram.com/p/CDjz-HoJ39v/?utm_source=ig_embed
1.6k Views Comments Off on Tekashi 6ix9ine Shows Even His Own Bodyguards Can’t Stand Protecting Him and Visits His Old Job: “My Security Wants To Quit”
Share

Tekashi went to Instagram Thursday with some head-shaking content. 6ix9ine shared clips of himself putting his security through the ropes with their duties which include pulling him along in a kiddy wagon.

Tekashi even trolled himself by sharing a pic of himself standing next to a blow-up rat – of course poking fun at his reputation as a snitch.

Tek also spent the day visiting one of the places he worked at before blowing up in the music industry.

“I CAME TO MY OLD JOB WHERE I USED TO CLEAN TABELS AND WASH DISHES Feels so good to be FREE! ❤️❤️❤️ I”

Heading into Thursday, the hip-hop star hit up Instagram with some troll-ready content. The footage featured him outside playing soccer with fans and also posing with them.

On Wednesday, 6ix9ine hit up IG with some fresh content. The “PUNANI” hitmaker shared footage of himself chilling with tons of young admirers.

In addition to taking pics with kids, 6ix9ine also hooked some up with cash.

Over the past few days, the Internet has unloaded on Tek and – notably – his former affiliates. The memes centered on Tekashi getting the last laugh after filming an entire music video outside in Brooklyn.

Comments Off on Tekashi 6ix9ine Shows Even His Own Bodyguards Can’t Stand Protecting Him and Visits His Old Job: “My Security Wants To Quit” 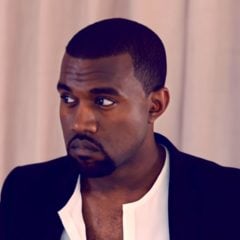