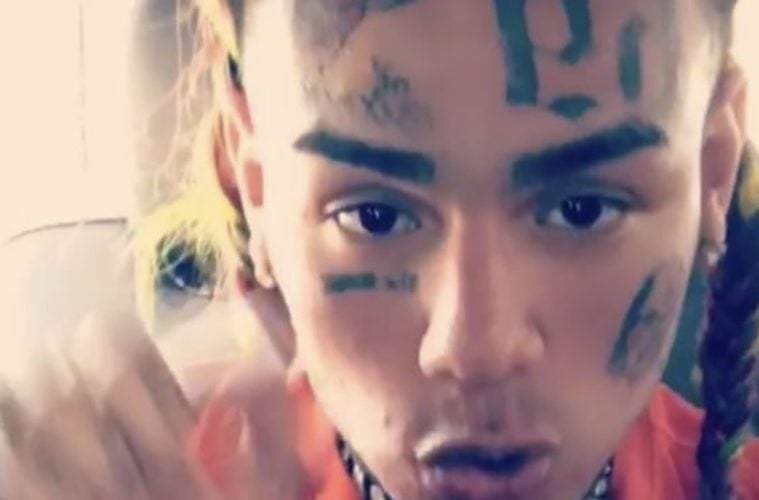 Tekashi 6ix9ine Shares Emotionally Uplifting Story About His Terminal Brain Cancer Fan: “MOMENTS LIKE THIS YOU CAN’T EVER FORGET”

New York rapper Tekashi 6ix9ine continues to realize he has a bigger impact on the world than music-making. The rap rookie hit up social media Sunday (September 20 to share an uplifting story about one of his fans.

YESTERDAY I received a call after my performance… That a human being last wish was to meet me… it’s nothing I can write to make it hit deeper then what it is …. This beautiful kid has stage four terminal brain cancer…. his heart is so pure so full of joy 💔💔💔💔💔 I fell in love with this kid in seconds. Yesterday we took the time to get to know each other, play games, sing.. We ate, laughed, and learned a lot. I got the honor to pay franklins family monthly Rent for a year to help them with financial funds during this hard time. WE BE SO QUICK TO HATE OUR LIVES AND FUCKING COMPLAIN AND ALLLLLLLLL THIS KID COULD DO YESTERDAY WAS FUCKING SMILE ‼️ He’s the reason why I love doing this MOMENTS LIKE THIS YOU CANT EVER FORGET. IF YOU HAVE TWO SECONDS OF YOUR TIME…….. PLEASE FOR ME .. Donate to Franklin and his Family.. so they can cover all financial expenses they have in this troubling time… 1 dollar is everything. THE ‼️‼️LINK WILL BE IN MY STORYYYYYY ‼️‼️ https://www.gofundme.com/nx5vfs-a-miracle-for-franklin

On Saturday, 6ix9ine updated fans on the popular of his new “BeBe” single’s video.

…and in all seriousness – the #BeBe video is straight fire. Summertime fire but fire nonetheless. 📸 @6ix9ine pic.twitter.com/W6WmMRtvve

On Friday, Tek came through with his promise to deliver “BeBe” at 3 PM ET.