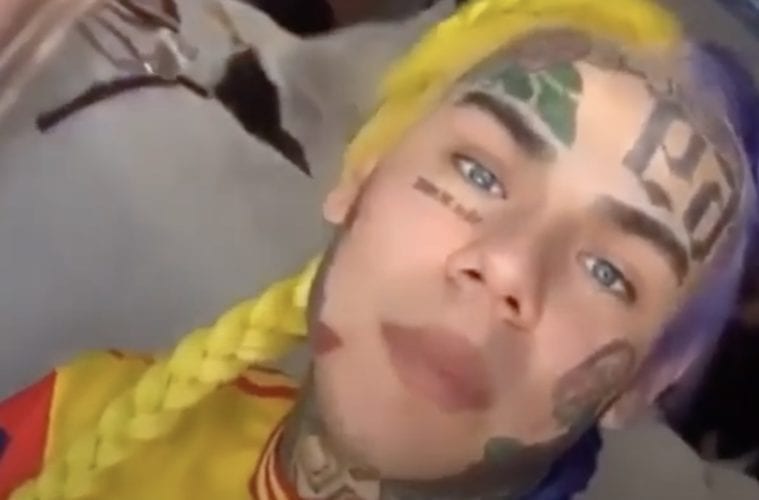 New York rapper Tekashi 6ix9ine is back with savage trolling. After a video surfaced of Atlanta hip-hop star Gunna doing donuts with a car at an airport, Tekashi stepped up with some hard-hitting jokes.

This week, Tekashi 6ix9ine played troll against the idea of Gunna having close-knit ties to law enforcement. 6ix9ine went to Instagram to flex his trolling goals.

The trolling came after Gunna was roasted on social media for an alleged video of him on television show “Crime Stoppers.” In the clip, which trended on the Internet over the winter after he briefly went back and forth with Louisiana rapper Tec, a younger Gunna spoke on the murder of a little girl after his cousin received life in prison for her death.

However, Gunna recently said he’d never tell. During a conversation on “The Breakfast Club” with radio veteran Charlamagne Tha God, he clarified a video of him that made people believe he snitched. During his Q&A, Gunna clarified he was never on the TV series trying to stop crime. He also said he never told on anybody before.

Outside of the drama, Gunna has delivered major Memorial Day Weekend tunes. The hip-hop heavyweight dropped his long-awaited Wunna album on Friday.

“WUNNA WORLD Wunna Album 5/22/2020 Me My team and @[email protected] got sum special to show y’all the creation !” -Gunna’s Instagram