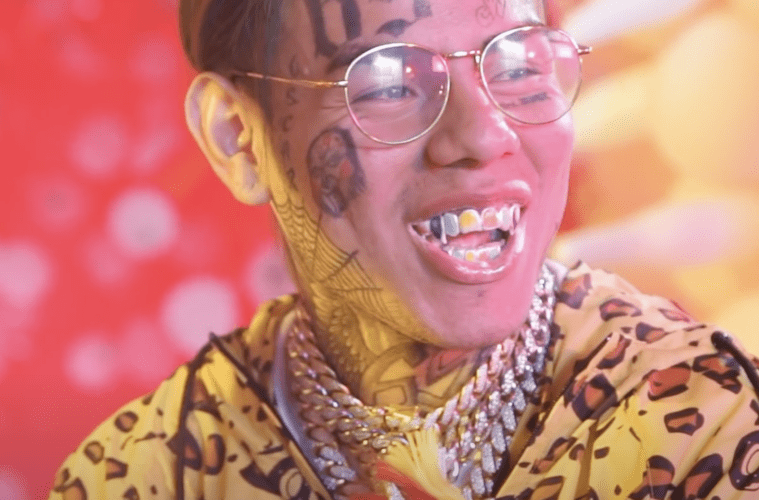 Tekashi 6ix9ine Blasts Meek Mill For Not Protesting + Salutes Kanye West: “The Voice Of The Streets, You F**kin Clown”

New York rapper Tekashi 6ix9ine wants all the smoke with Meek Mill. The hip-hop entertainer has called out the Dreamchasers boss for trying to allegedly profit off the current Black Lives Matter movement.

On Friday, Tek hit up Instagram and didn’t hold back on lighting up Mill. 6ix9ine referenced Kanye West showing his support for the movement but not seeing Meek do his part and hit the streets with protestors.

This week, Kanye West’s team addressed his contribution to Black Lives Matter. His team revealed Ye put together millions to help out families of police brutality.

On Thursday, New York radio personality Ebro Darden hopped online to single out Kanye West about his lack of support. Ebro shared an open-ended question asking about West’s silence and whereabouts during these trying times.