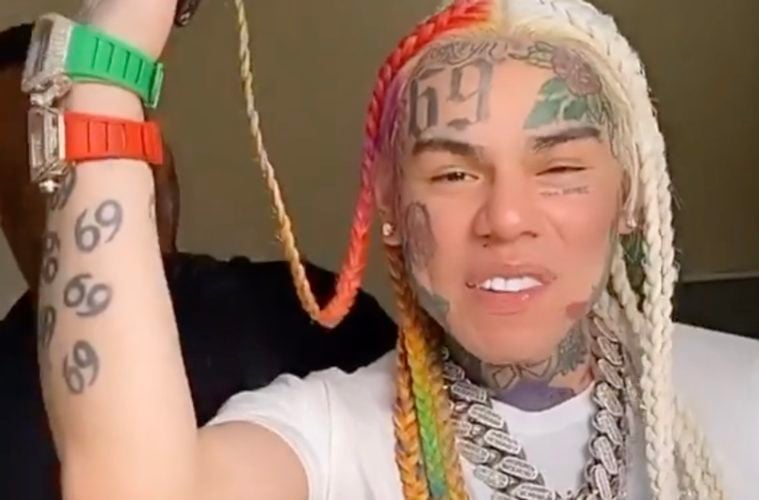 New York rapper Tekashi 6ix9ine is teasing a new audio gift for his supporters. Following the success of his “GOOBA” single that dropped last week, the famous ‘snitch’ has lit up his Instagram Story to reveal what it’s going to take to get new music.

According to Tekashi 6ix9ine, it’ll take some more streams of his last single for him to drop new music. He said if the 10,000 iTunes mark is reached, a new track will come in the next few days.

On Wednesday, Tekashi relied on his Instagram page to call out Billboard. 6ix9ine tooted his own horn about “GOOBA” dominating streams and asked the Billboard to properly report his stats.

Atlanta rapper Future and Sara Molina are going at each other’s necks. The hip-hop heavyweight and baby mother to 6ix9ine have lit up social media with big shade.

Instead of staying mum, Molina made sure to step up to Future. Sara clapped back at him by calling out his number of baby mothers.