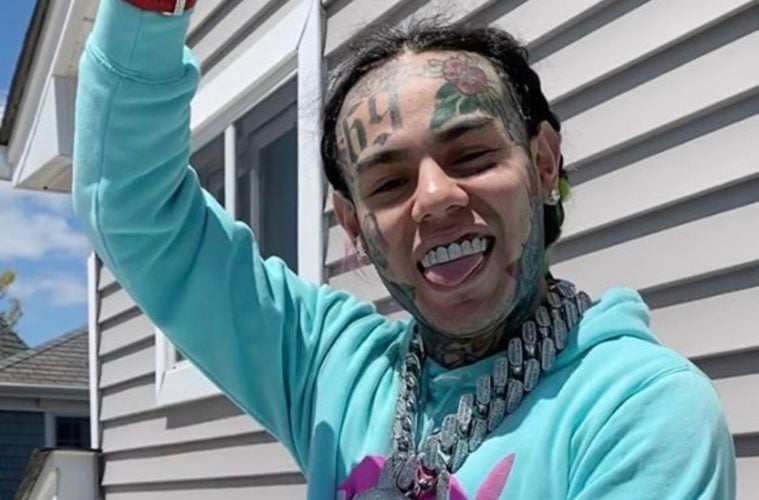 New York rapper Tekashi 6ix9ine isn’t going anywhere. The hip-hop entertainer has returned to the mainstream spotlight and plans to keep it there after breaking a huge Eminem YouTube streaming record.

On Saturday, Tekashi hit up Instagram to geek out over his success. 6ix9ine reacted to his new “Gooba” music video doing Slim Shady-type numbers and questioned his critics.

This week, buzz developed about Tekashi doing much more than appearing on an Instagram Live broadcast Friday afternoon. New reports show he has a new single debuting too.

This week, former 6ix9ine pal 50 Cent hit up Twitter to defend his image. Fif responded to Tekashi’s ex-girlfriend Sara Molina dragging him in an Instagram Live session and claiming he taught 6ix9ine how to hide money.

“😆yeah she will never find it, and i’ll show them my Taxes right after Trump. LOL” -50 Cent’s Twitter