I be in New York with the gangstas 🌈 enjoying the day :)

New York rapper Tekashi 6ix9ine is trolling hard. The hip-hop star has lit up his social media pages fresh off dropping his new “Punani” music video premiere by putting his life on the line outside … at a children’s playground.

On Monday, Tekashi hit up Instagram to go extra hard with his trolling. Instead of hitting the gritty streets or putting himself in any real danger, 6ix9ine joked about hitting a New York kid’s go-to spot.

“I be in New York with the gangstas 🌈 enjoying the day :)” -Tekashi 6ix9ine’s Instagram

In less than 24 hours, Tek’s latest single and music video did massive numbers. On YouTube alone, the visual – which features him tooting his King of New York crown through Brooklyn – had nearly 20 million views as of Monday morning.

Tekashi has made sure to blast his haters about going outside in the public once again. Despite working with federal prosecutors by snitching on former affiliates to shorten a prison sentence, Tek hasn’t slowed down his public flexing.

“IM FREE !! LINK IN BIO LINK IN BIO WHO SAID WE AINT OUTSIDEEEEEE 😈😈😈 PUNANI 🔥🔥🔥 BROOKLYN THIS MY TOWN NEW YORK THIS MY CITYYYY YOU HEAR ME!?!?! KING OF F*CKING NEW YORK YA COULD NEVA DO WHAT I DID AND BE OUTSIDE DUMMY!” -Tekashi 6ix9ine’s Instagram

After mounted anticipation for his house arrest release, 6ix9ine came through with his latest single. Instead of just dropping the song solo, he accompanied it with the flashy New York video.

Tekashi 6ix9ine has shared a new single called ‘Punani’ to mark his release from house arrest, along with an accompanying film clip. The rapper, real name Daniel Hernandez, posted the short video to YouTube just hours after his official release yesterday (August 2), featuring footage shot in Brooklyn. The clip for the expletive-laden track shows Hernandez rapping in a playground with a group of people, sitting on the bonnet of a moving Lamborghini and making a post-house arrest trip to McDonalds. (NME)

Heading into the weekend, reports emerged about Tekashi being expected to be off house arrest by Saturday. However, 6ix9ine would still have a major legal obligation even with his new freedom. 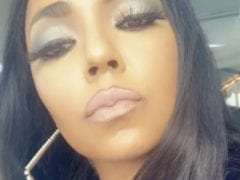