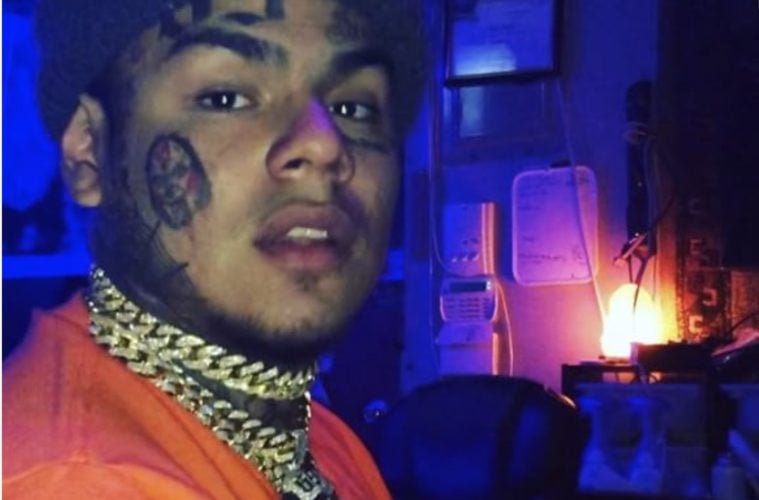 New York rapper Tekashi 6ix9ine is a free man again. The hip-hop newcomer finally secured a bail bond after getting arrested this week in the Big Apple on an assault charge.

Coincidentally, a judge denied Tek’s request Thursday (July 13) to get out of jail.

The same day, reports claimed 6ix9ine could stay stuck in jail until next week.

A rep for the Manhattan District Attorney’s Office tells us Tekashi was just arraigned and is now in custody until a tentative date of July 20. We’re told authorities from Houston are then expected to pick him up on an arrest warrant issued by a judge back in May. TMZ broke the story … 69 was arrested at JFK Airport Wednesday when he landed after his European tour. Cops picked him up on the Houston warrant for allegedly choking a 16-year-old. (TMZ)

A few days ago, reports emerged about New York cops nabbing Tek on an arrest warrant after he returned from a European trip.

6ix9ine is legitimately behind bars after being arrested on an outstanding warrant when his plane landed back in the states. The Blast has confirmed the hip-hop star is currently in custody after he was arrested Wednesday when he arrived at JFK Airport. We’re told Tekashi69 was taken into custody over the misdemeanor assault warrant out of Houston, where he was wanted for allegedly choking a 16-year-old boy. NYPD tells us the “Gotti” rapper will be held in NYC lockup until Texas officials come and take him, and that he will not be extradited across the country. (The Blast)