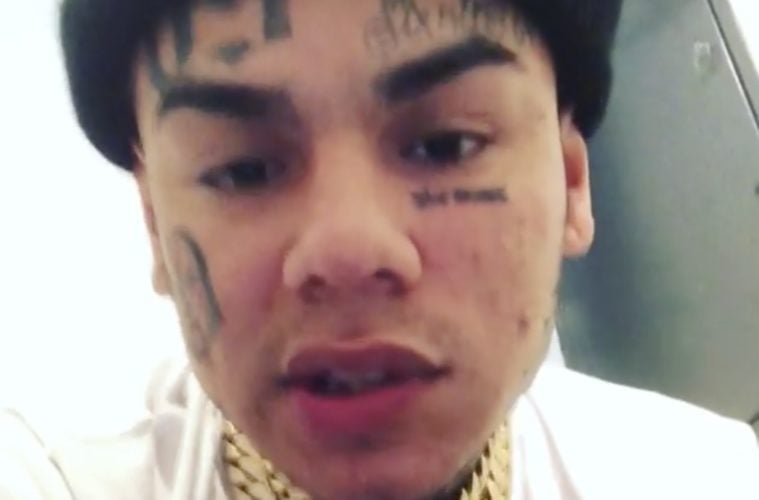 Tekashi 6ix9ine Might Still Land Up To 37 Years In Prison

According to reports, a new filing shows 6ix9ine could still land a solid 37 years in prison.

One of the reasons in the filing, for such a long sentence, is the fact Tekashi was on probation for a sexual misconduct charge while still running with the Nine Trey Bloods. Tekashi was charged with racketeering for his connection to the gang. “The defendant’s mandatory minimum term of incarceration would be 37 years’ imprisonment,” the document states. (The Blast)

Earlier in the week, footage surfaced of an attorney explaining why 6ix9ine could possibly get out of prison with time served.

This week, a letter emerged from 6ix9ine pleading with his judge to consider a light sentence.

According to reports, prosecutors recently asked a judge to consider taking it easy when 6ix9ine learns his fate in the publicized federal racketeering case later this month.