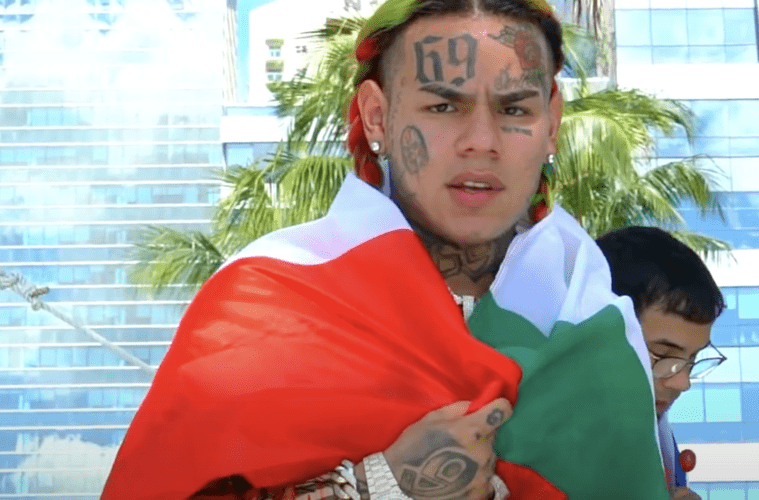 New York rapper Tekashi 6ix9ine and Meek Mill are coming for each other’s throats. The rap foes have unloaded digital shots back and forth at each other after Meek publicly said 6ix9ine should apologize for snitching.

On Friday, Meek made a comment about the person who killed Los Angeles legend Nipsey Hussle. MM took things further by saying 6ix9ine should apologize when he goes on Instagram Live today at 3 PM ET.

“I hope that rat going live to apologize to the people he told on or the victim….. Y’all forgot that fast a “rat” killed nipsey he wasn’t suppose to be on the streets! That’s the only thing ima day because he’s dead… left his baby mom and child like a coward as targets!” -Meek Mill’s Twitter

The ‘King’ Of NY Responds

Tekashi reacted on Instagram by dropping a comment about Meek not focusing on his child being born earlier this week on his birthday.

Mill fired back on Twitter with a series of messages about 6ix9ine’s new music and more.

“Now you just a informant behind a keyboard tryna troll families you ruined so it’s not gone hit the same… and by the way I’m doing this for my “sons” so you won’t be around to impact their lives ever!!!”

This week, buzz developed about Tekashi doing much more than appearing on an Instagram Live broadcast this afternoon. New reports show he has a new single debuting too.