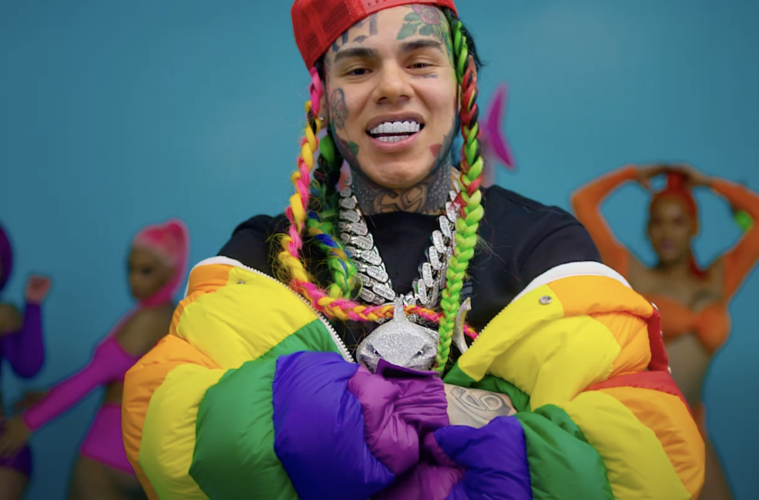 Tekashi 6ix9ine Leaves Instagram: “The Internet Was Dead Without Me”

New York rapper Tekashi 6ix9ine is going to leave the Internet streets for a few days. The hip-hop entertainer has announced his decision to ghost himself for the immediate future.

On Sunday, Tekashi said he would fall back from Instagram for the next few days. 6ix9ine credited himself as the king of social media and vowed to make a mighty return entering Memorial Day Weekend to drop a new music video.

SOHH TIP: Step your headphones up for new 6ix9ine tunes — Tribit’s QuietPlus were named the “Best Wireless Noise Canceling Headphones Under $100 (CNET)” and include their exclusive hybrid noise cancellation technology. Get 15% off through May 31 with code QP15. Check out the full line-up.

“I proved I’m the king of Instagram. AND I TOOK BACK THE KING OF NEW YORK. I proved that to you with numbers. The internet was dead without me.” -Tekashi 6ix9ine’s Instagram

Earlier in the week, Tek vowed to come through for his true fans. 6ix9ine promised to drop new music if he kept selling copies of his new “GOOBA” anthem.

On Wednesday, Tekashi relied on his Instagram page to call out Billboard. 6ix9ine tooted his own horn about “GOOBA” dominating streams and asked Billboard to properly report his stats.