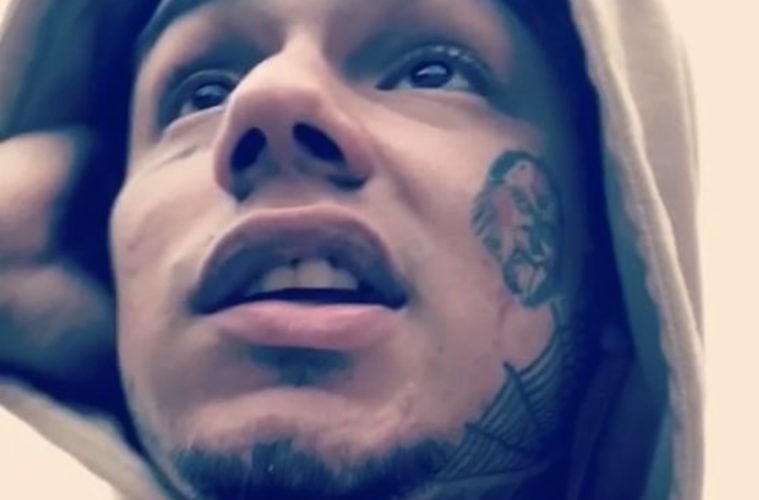 New York rapper Tekashi 6ix9ine has nothing but love for the memory of XXXTentacion. New footage has emerged of the self-proclaimed King of New York holding down X during a live concert.

A clip has surfaced online of Tek getting fans pumped by performing XXX’s “Look At Me” anthem.

“That’s not what we’re here for. But at the end of the day, that’s going to severely f*ck your money up. Because when people don’t feel safe at shows, then they’re not going to hire you to perform,” Dame said explaining death should never be a solution to any rifts. “So if you can’t think about it on an empathy level, or a humanity level, at least look at it on a business level. I remember we couldn’t perform until the Hard Knock Life Tour. We had to struggle and prove ourselves, and then that opened the doors again. It’s just funny how things go in cycles, and you could just feel it. Actually, I got it on tape. I was like, “Yo, it don’t feel right. It’s going to take somebody to get killed, for everybody to cool out.” And it’s sad that it was him. But he’s definitely going to be looked at from this 15 to 25-year-old generation as Tupac and Biggie.” (AHH)

“I know the truth hurt but I’ma tell y’all the sh*t anyway. Talking about the youngster X from Florida who got killed. 20 years old, man. He had a lot of fans. Created a big fan base in the industry. But some people didn’t like him. All of a sudden when he pass, you hear all these top industry people talking about how he inspired them. I mean, why y’all didn’t do no records with him? Why y’all didn’t tell this to the man while he was alive? That’s what I mean by phony. My condolences go out to his family. I mean, if you’re going to wait until the man die, you shouldn’t have said nothing because it’s phony. To be honest with you.”

The industry is phony! My condolences goes out to X’s loved ones and his fans. It’s sad how you have to die for these other rappers to tell you, you inspired them. Stop the beef And let’s get bread you’ll live longer. #lethiphoplive #weallwegot #getbreadnobeef

Earlier in the week, Florida native Rick Ross paid some serious homage to the fallen rapper.

“I’m tired as f*ck but I want to send a big rest in peace to the homie XXXTentacion. The homie was from Broward County, Dade County Florida. Senseless my n*gga. Young n*gga with a gift. I say rest in peace. We all got flaws. I said rest in peace to my homies on death row, n*gga. I got homies that have been accused of doing a hundred murders that I love. We all got flaws. It’s your intentions. We all sinners, homie. I ain’t here to judge nobody. I know the little homie, he was a talent. That’s all I know. I don’t know nothing else. All I care about is a n*gga life.”

#PressPlay #RickRoss speaks on the passing of #XXXTentacion