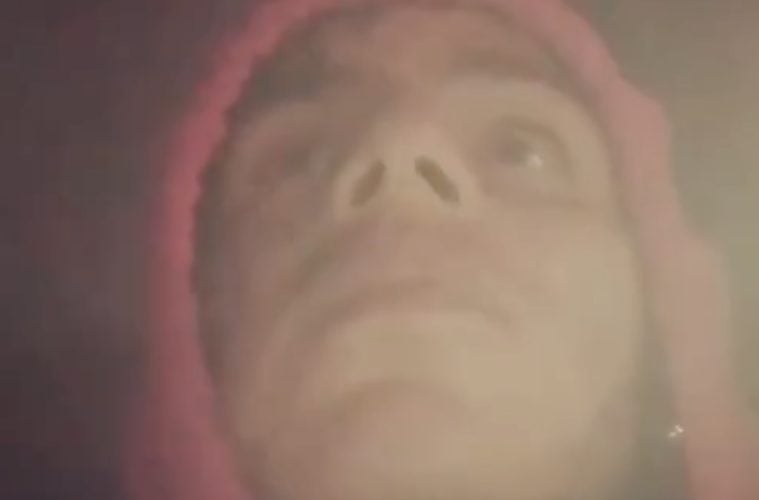 Tekashi 6ix9ine Films Cops Trying To Bust Him In NY: “They Want Me To Go To Jail As Quick As Possible”

New York rapper Tekashi 6ix9ine just can’t catch a break. The hip-hop newcomer has shared footage of himself allegedly getting harrassed by the boys in blue.

6ix9ine went to Instagram Thursday (October 11) with a video of cops trying to catch him slipping.

“This is what I deal with every time. I deal with harassment every time I’m in New York. Every time I’m in the city. Yo, I swear to God. I know I’m going to court, I know I’m facing prison time, I know I’m doing this but every chance they get, it’s like if they catch me slipping ‘this’ much. They don’t really got nothing on, I don’t want to say too much, but I want to broadcast this to the world that every time, any chance they get, they want me to go to jail as quick as possible.”

This week, rap star 50 Cent trolled Tek after he made a return home from an overseas run.

My son is back in New York, pic.twitter.com/BpcYlsIRei

I’m gonna have a talk with him but it probably won’t work because he’s retarded. He’s gonna say why you keep telling me that Stooopid. LOL

🤦‍♂️My son is a little retarded your honor is there anyway, l can go get him and bring him to court🤷🏽‍♂️ pic.twitter.com/mjUnybm2v8

According to reports, a judge threatened Tek’s attorneys Wednesday (October 10) about not showing up in court and said a warrant would be issued next time.

The rainbow-maned rhymester skipped out on his court date Wednesday, prompting a Brooklyn judge to threaten to have him locked up next time he misses a scheduled appearance. “Counselor, if your client is not here on Tuesday, [there’ll be] a bench warrant,” Judge Edwin Novillo told the rapper’s lawyers. (Page Six)