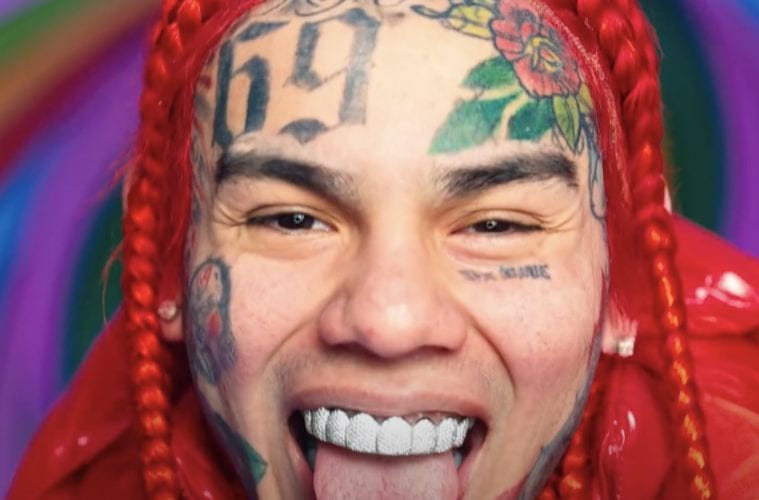 Tekashi 6ix9ine Announces New YAYA Music Video Premiere Time: “This Is The Best One I Did So Far”

New York rapper Tekashi 6ix9ine is giving fans a reason to clear their schedules this Friday. The hip-hop entertainer has announced his new “YAYA” song is slated to premiere heading into the Fourth of July.

Last night, 6ix9ine hyped up his third single. Tekashi went the extra mile by vowing its music video would be the best visual he’s put out.

On Monday, 6ix9ine hit up Instagram with the ultimate thirst trap-motivated clip. In the footage, he’s in his at-home studio with a vixen turning up to a new Spanish-influenced banger.

Last weekend, Tek went to his Instagram page to deliver big news. In addition to revealing he has just over a month left before getting the green light to leave his home, Tekashi 6ix9ine also promised to drop a music video this week.

Recently, Tekashi went online and didn’t simmer down on major name-dropping and finger-pointing. 6ix9ine went off on a couple industry people connected to streaming services and an entire anti-Tekashi group for trying to stop his success.