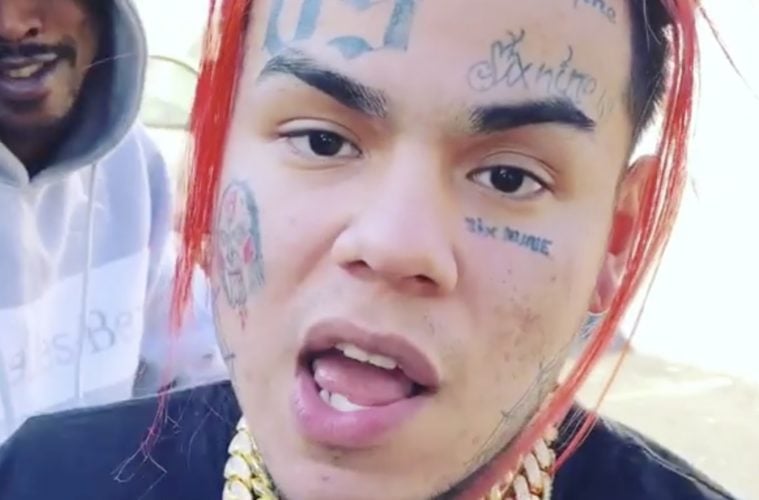 According to reports, Mel Murda’s past involvement in the Bloods and wanting to possibly harm 6ix9ine ultimately sealed his fate.

A reputed Bloods leader who was caught on tape saying he wanted to “super violate” Tekashi 6ix9ine was sentenced to more than 11 years behind bars Thursday — as the judge compared the rainbow-haired rapper to the Archbishop of Canterbury assassinated in 1170. “You are literally telling your followers to go out and get Hernandez,” Judge Paul Engelmayer told Jamel “Mel Murda” Jones before sentencing him to 11 years and four months in prison for his involvement with the Nine Trey Gangsta Bloods. (Page Six)

Murda reportedly could have received a 14-year punishment.

In legal documents, obtained by The Blast, Jamel Jones aka Mel Murda’s case has reached the sentencing point and prosectors sent a letter to the judge asking he be placed in lock-up for at least 135 months. The maximum they are asking for is 168 months. Federal prosecutors point to Tekashi 69’s testimony, about several violent acts, as proof Murda should do some serious hard time. (The Blast)

“Listen, I gotta speak on this. Everybody talking about 6ix9ine and this $10 million deal. First off, that’s some Internet sh*t. Ain’t nobody seen no paperwork. Second of all, whatever these people want to do with their money, whoever they want to invest in, that’s they business. That’s they right. Third, stop blaming him. It’s his fans. It’s his fan base. It’s his fans that make him popular. The popularity brings streams and streams bring revenue. Any businessman would do business with this kid. Y’all keep crossing the streets with the building and the building don’t gotta abide by the code of the streets. So all you n*ggas running around here crying and mad, go step your game up or figure out something – stop crying about business and what business is. It’s just what it is. It’s 2019. Ain’t 1989 anymore. West.”

On Sunday, Wack’s artist Game shared his disgust in 6ix9ine getting a deal from behind bars after testifying against his former affiliates in a drug trafficking case.