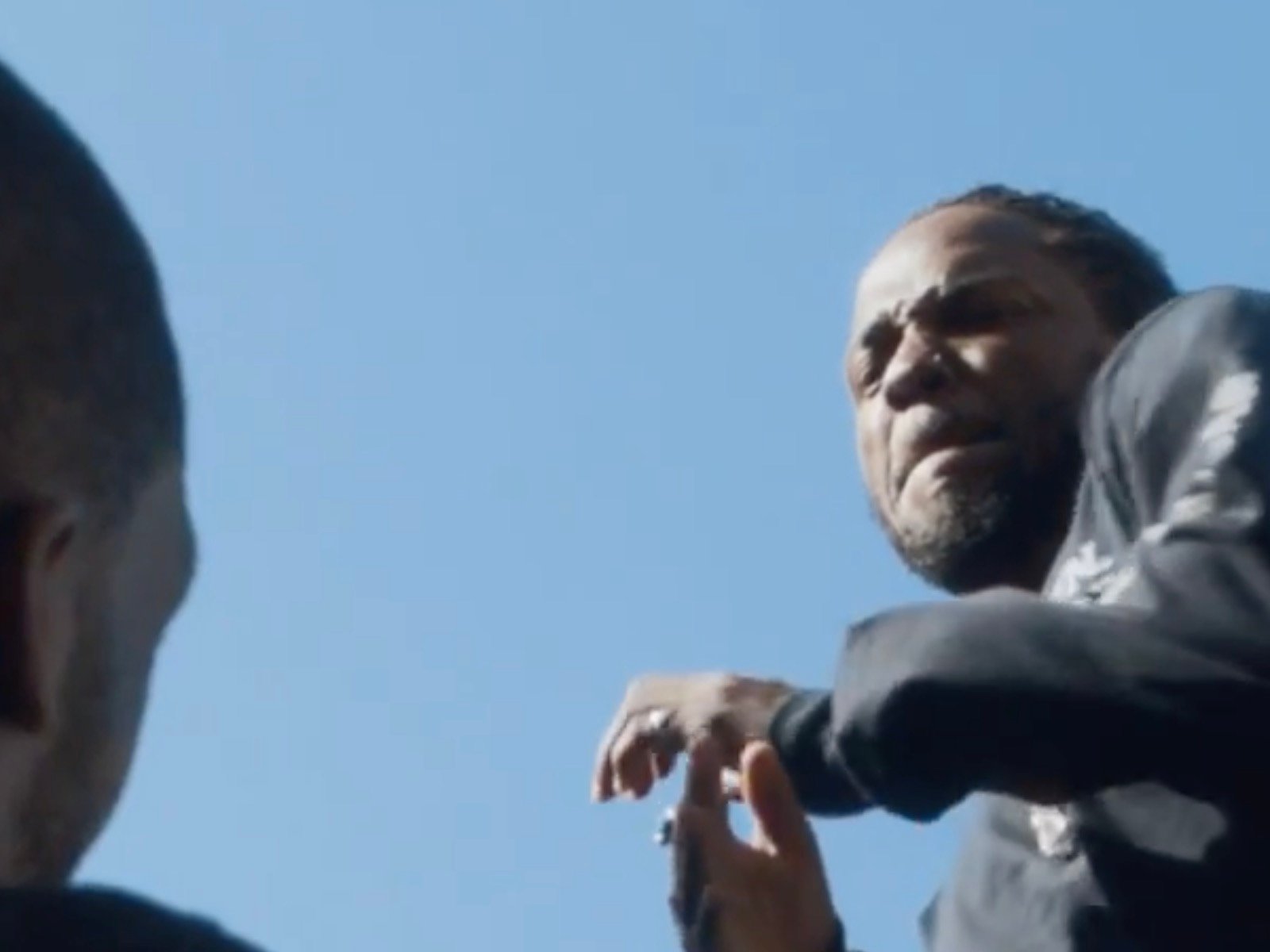 Rap star Kendrick Lamar might be cooking up some secret audio fire. Top Dawg Entertainment president Punch has teased social media by hinting that Kenny is grinding on music and it might be coming sooner than we think.

Punch left an Instagram comment saying that Kendrick would be coming back soon. He hasn’t released an album in over three years, with his last solo project being the April 2017 DAMN.

SOHH TIP: Catch up on all of Kendrick‘s classic tunes with new headphones — Tribit’s QuietPlus were named the “Best Wireless Noise Canceling Headphones Under $100 (CNET)” and include their exclusive hybrid noise cancellation technology. Get 15% off through May 31 with code QP15. Check out the full line-up.

Kendrick,
I liked your crew when we did the opening of The GRAMMYs. They were shit hot and organised. It was a ballet, it was an opera, it was fusion between hip hop and rock ’n’ roll but it was not confusion.
The fun we had on AMERICAN SOUL was singing “You are rock and roll” to you…. because you are. And a whole lot more.
There’s a righteous anger that is hard to argue with. Oh yeah, there’s a righteous punch that could take down a much bigger man, oh yeah.
For a moment, any of us can be that fist. We don’t own it, it owns us. But I wouldn’t want to get in the way of it.
The fact that you’re playful, self-deprecating, as well as revelatory is a note to self. I asked you at the time if you’d rap about where America was at, and your reply was to rap about where America isn’t at. Smart.
I hope one day to get to know you better.
I hope when these years stop running away… maybe they’ll run toward us.
Love and pizza,
Bono

Dear Beyoncé, Kendrick,
I mean this is going for broke. This is going for the break out.
Every prison that ever held a soul is going to feel the ground shake and the bars rattle here. Freedom is at the heart of why we make music, freedom from a toxic situation, from an oppressive nation, freedom from addiction or any self taught affliction, freedom from our own DNA. Spiritual and sexual liberation… that’s why we’re all here.
There is nowhere this song is not going to go. That freedom’s torch here is carried by you two standard bearers… I give thanks.
And the last line spoken by Hattie White
“I was served lemons but I made lemonade.”
Well in my 60 years, I was served many platters but rarely one like the Queen Bey’s album LEMONADE.
Your fan,
Bono

Several weeks ago, people went online to weigh-in on New York rapper French Montana thinking he could go head-to-head with Kendrick in a hits battle. Despite his popularity, the Internet ripped French.

The same week, Montana let the world know he had no real issues with Kendrick. However, French did explain believing he had just as many hits as K. Dot.