Tammy Rivera On Meek Mill/Safaree Fight: “He Should Have Swung At Something” [Video]

Reality TV star Tammy Rivera has weighed-in on this past weekend’s Safaree Samuels and Meek Mill entourage beef. The curvy model has reacted to her “Love & Hip Hop” co-star getting snuck up on.

Approached by a paparazzo this past weekend, Tammy addressed the craziness and refused to predict who’d win in a real fight.

“That’s crazy,” Tammy said when asked about Safaree and Meek’s fight. “It’s sad – I think it’ll actually bring [Safaree] more publicity. Yeah. He should have swung at something. Sh*t.” (TMZ)

This past weekend, hip-hop personality DJ Self cleared up rumors about his involvement in the fight.

“I don’t really like to do things like this because I feel like this is corny. But to protect my name and my brand, I feel like I have to address this. Alright, now there was an issue that happened yesterday and both parties are friends of mine. I rock with both of them and I do not like to get in-between people’s beef. If I do, I like to squash it as opposed to provoke it. Now it was no way, no how I could ever line somebody up or set somebody up. So it was impossible for me to do that because I didn’t know either party was going to be there when I got there – if you watch the video, I was trying to mediate the situation. Hopefully these two brothers can get together and work it out. If they can’t, at least coexist with each other. I just want the people to know I would never ever do anything.”

A couple days ago, a screenshot surfaced of West Coast rapper Game showing an interest in seeing Meek Mill in-person. 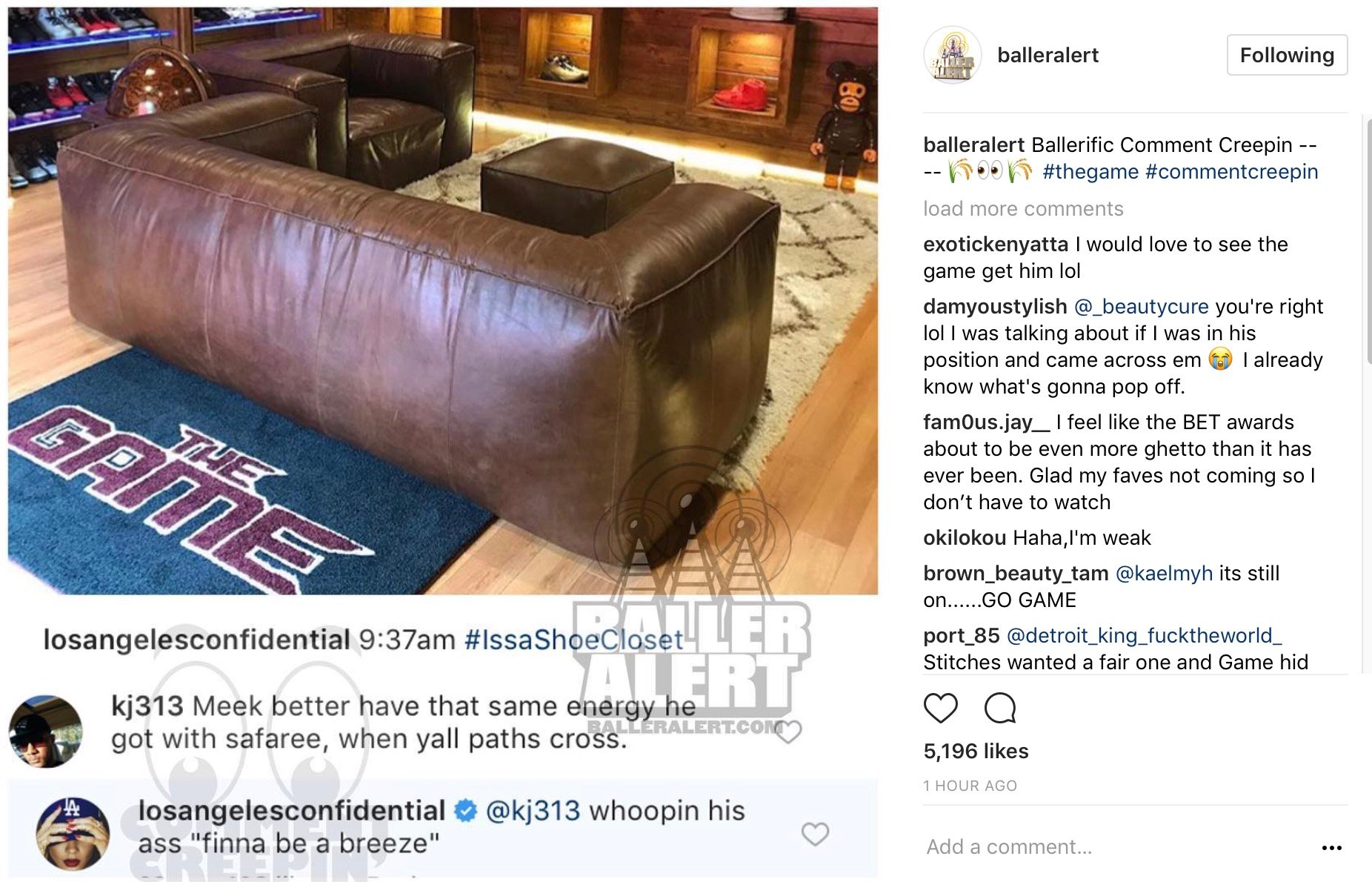 Hours prior, Safaree Samuels accused Meek of having goons sent his way.

#PressPlay : #Safaree allegedly gets jumped outside of #DJKhaled 's party during #BETWeekend by what he's claiming to be #MeekMill 's crew!

#PressPlay : #Safaree explains what happened in the video (see previous post). He claims #MeekMill and crew jumped him at #DJKhaled #AngelBrinks party!