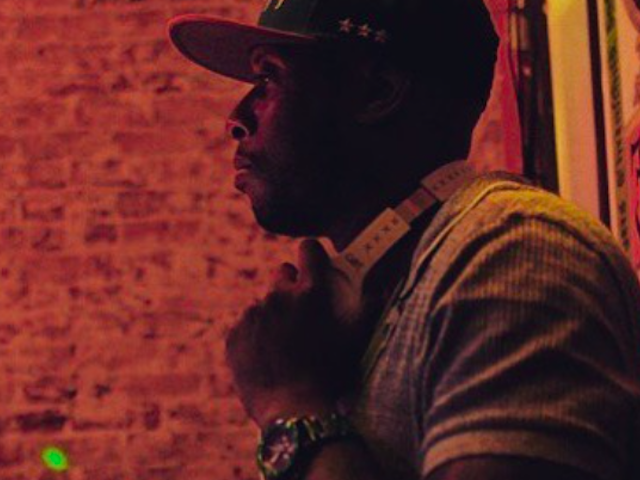 Talib hopped onto his Twitter page to go at Iggy and reveal his true feelings toward her Friday (January 22).

The fact @iggyazalea thinks Macklemore song was a diss to her, instead of actually listening, is proof of her privilege. Fuck Iggy Azalea.

True story. I actually rooted for Iggy when she first came out. But she's disrespected hip hop culture one too many times.

(Receipts. I don't make assumptions.) RT @QuintaleAzalea: where did she say she took it as a diss ? this assumption? pic.twitter.com/xSFv1yPEpa

(Her response was wack AF cuz she validated that fan tweet) RT @QuintaleAzalea: that was a fan, not her. She was responding to a fan.

(Stole from Kendrick, tweets "nigga" dissed qtip, dismisses privilege) RT @ChellaChicago: what did she do to disrespect the culture ?

Invincible from Detroit is a white female rapper who will rap BaRS around many. But she don't appropriate culture so u don't know her.

Iggy has since responded to Talib’s bashings on her Twitter page. 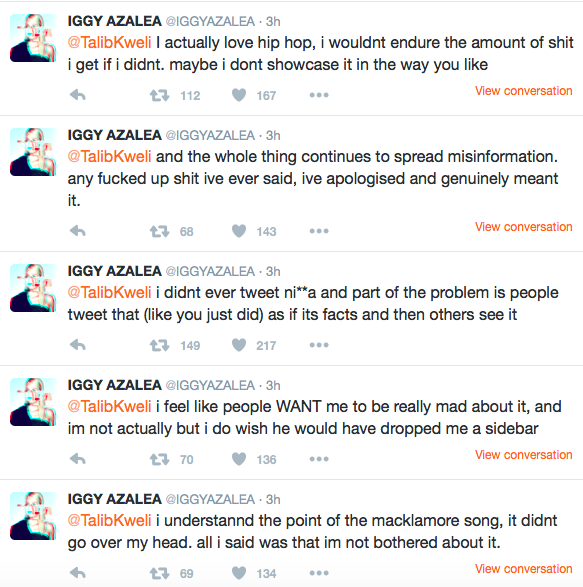 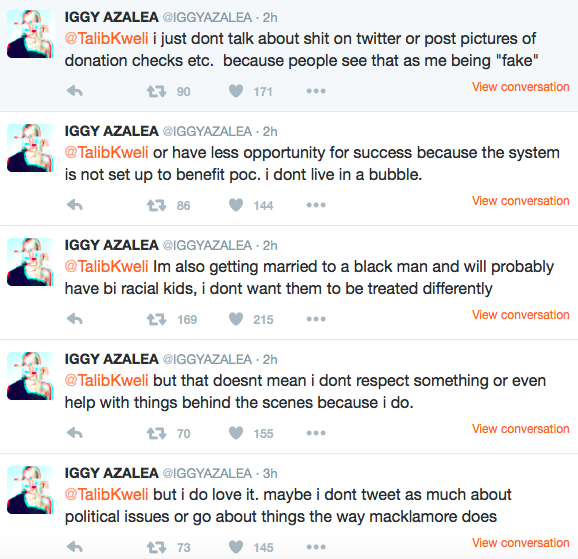 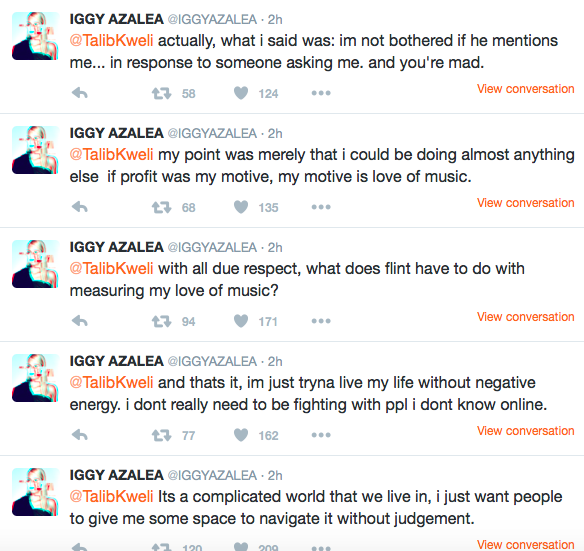 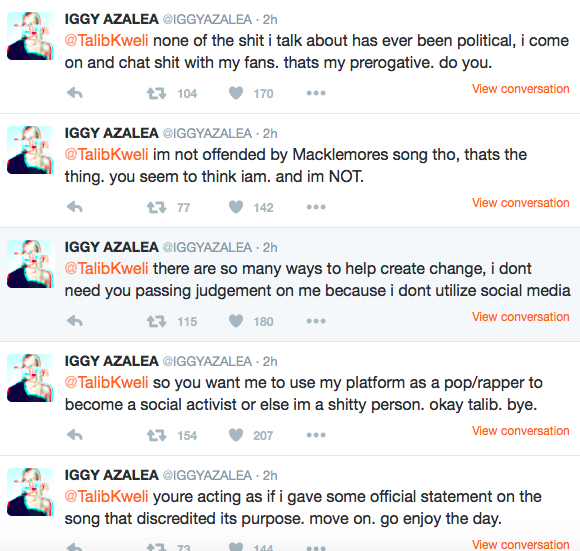 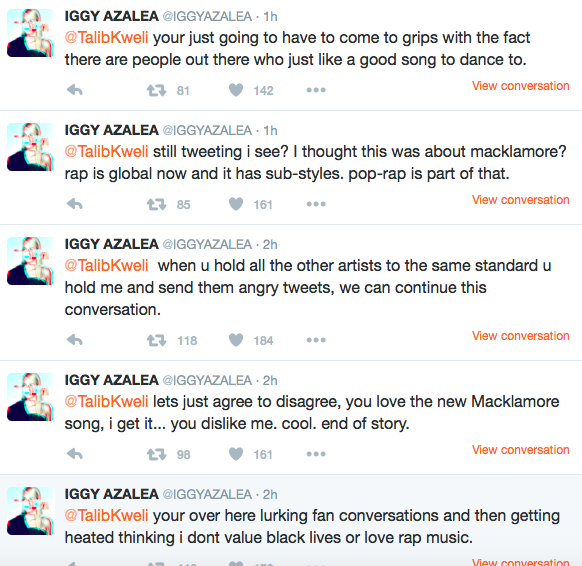 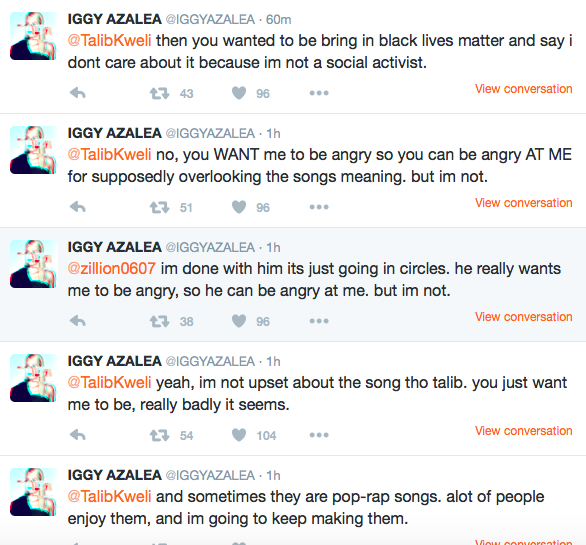 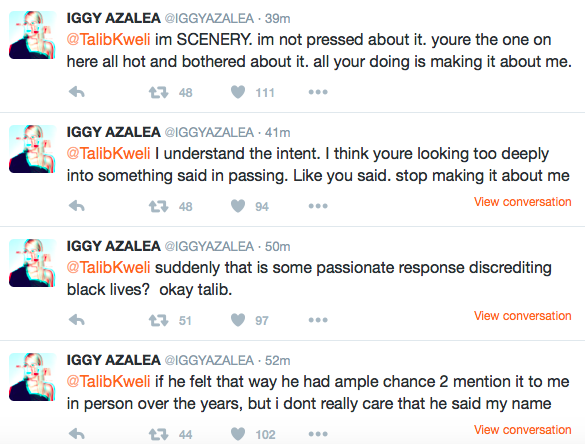 “You’ve exploited and stolen the music, the moment,” Mack raps. “The magic, the passion, the fashion, you toy with / The culture was never yours to make better. You’re Miley, you’re Elvis, you’re Iggy Azalea – Fake and so plastic, you’ve heisted the magic/ You’ve taken the drums and the accent you rapped in/ You’re branded ‘hip-hop,’ it’s so fascist and backwards.” (“White Privileges II”)

Iggy addressed the verbal jab on her Twitter page once the song went viral. 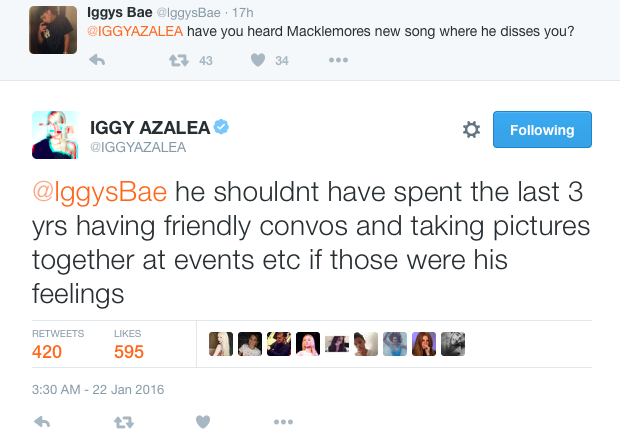