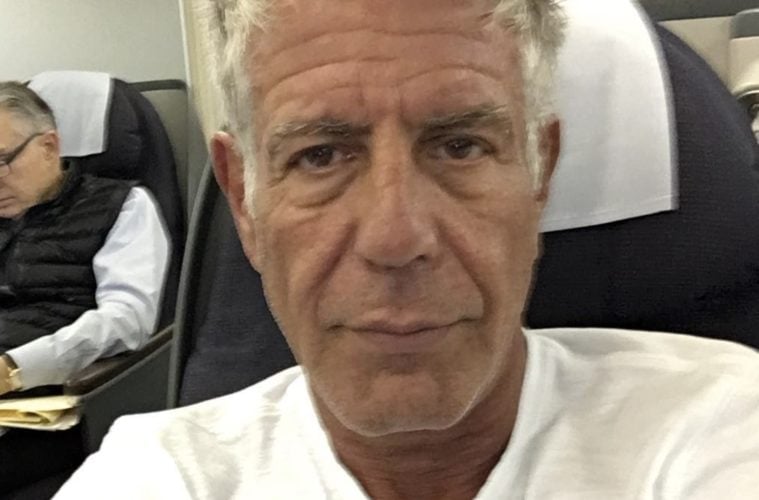 The hip-hop community is more than shaken up over the sudden death of celebrity chef Anthony Bourdain. Various entertainers have stepped forward to remember the 61-year-old’s life.

Over the past few hours, everyone from Talib Kweli to hip-hop producer Jermaine Dupri remembered Bourdain’s legacy.

“Low plastic stool, cheap but delicious noodles, cold Hanoi beer.” This is how I’ll remember Tony. He taught us about food — but more importantly, about its ability to bring us together. To make us a little less afraid of the unknown. We’ll miss him. pic.twitter.com/orEXIaEMZM

This man Anthony Bourdain was a giant in his field. He introduced many of us who were not into the culinary arts to the joys and pain of the kitchen. We both worked in NYC clubs back in the day and I was one of the final guests on his first show, No Reservations. He came to see the real Brooklyn. When I was in Rome I would tweet him for restaurant recommendations and he would give us great ones. Bourdain’s writing inspired me to tell my story. It’s bittersweet that I am in Paris and woke up to the news of him passing in Paris. I feel like I should have sensed his presence and found him. Rest In Peace Tony Bourdain.

#Repost @shantidas404 … we have a real problem in this country and world. The CDC just issued a report saying that “Nearly 45,000 lives were lost to suicide in 2016 and that Suicide rates went up more than 30% in half of states from 1999 -2016.” What I can tell you is that THIS can happen to anyone, no one is immune to it BUT we have to continue educating ourselves, our families and our communities. It doesn’t matter if you are rich or poor, tall or short, educated or not. Depression can lead to substance abuse and that can lead one down a very dark path. Let’s support those we love and remember you can’t support yourself or a loved one unless YOU know the facts. Visit @800273talk or @namicommunicate or if in crisis text SILENCE to 741741. 🙏🏾😢🦋 #silencetheshame @silencetheshame @hhpf.co

Stunned and saddened by the loss of Anthony Bourdain. He brought the world into our homes and inspired so many people to explore cultures and cities through their food. Remember that help is a phone call away US:1-800-273-TALK UK: 116 123

The curiosity, intelligence, and generosity of spirit in Anthony Bourdain's work got me through some of the toughest times in the WH and opened doors to new worlds. I love this picture of him waiting to greet Obama in Hanoi. Such a terrible loss. pic.twitter.com/4I11mygJv4

In my deepest, darkest post-partum depression, I would have personally never called a phone number. If John or my doctor never reached out, I would have never even known. It really can be a lonely hole. Watch the people you love and don’t be afraid to speak up.

(Obviously not everyone is me and the hotline is incredibly important)

Sigh….🙏🏾. "I should’ve died in my 20s. I became successful in my 40s. I became a dad in my 50s. I feel like I’ve stolen a car –a really nice car– and I keep looking in the rearview mirror for flashing lights. But there’s been nothing yet." -Anthony Bourdain pic.twitter.com/1jMi6m45aV

Anthony Bourdain’s brutal honesty, love for culture & his ability to speak in a language that everyone could relate to made him loved by so many. There will never be another 🙏 pic.twitter.com/jviHZrCKCB

The suicides of Anthony Bourdain and Kate Spade this week are a reminder: No matter how successful, wealthy or seemingly happy you are, we all battle our own demons.

Reach out to one another. Destigmatize depression, addiction and anxiety.

We are all in this together.

Never met him but I always liked the way Anthony Bourdain seemed to conduct his life. By all reports he was a good man. So sorry to hear a pair of dreamers & innovators like him and Kate Spade are no longer with us. If you ever feel like self-harming, help is here: 1-800-273-8255 https://t.co/D0NVFHkXEb

I’m so gutted by Anthony Bourdain’s passing because he embodied a sense of adventure, celebration of uniqueness and joi de vivre I was so inspired by. Goes to show that even if you travel to the ends of the earth, you cannot escape your own mind’s torment.

RIP TO THE OG OF A WHOLE FUCKIN GENRE

Anthony Bourdain, the chef and gifted storyteller who took TV viewers around the world to explore culture, cuisine and the human condition for nearly two decades, has died. He was 61. https://t.co/eqFL2anGf4 pic.twitter.com/vUvIZ0QIVg