T-Wayne Responds To Lil Wayne & T-Pain Name Drama: “I’ve Been Getting A Whole Lot Of Backlash For No Reason” [Video]

Music newcomer T-Wayne isn’t trying to cake up off Lil Wayne and T-Pain‘s new album. The hip-hop artist has shut down speculation about coming up with his rap alias off the duo’s nickname.

In a new video clip, Wayne revealed just how long he’s gone by his hip-hop moniker.

“The experience that I’ve been having with it being my name is that I’ve been getting a whole lot of backlash for no reason just because my name is T-Wayne. I didn’t choose for my name to be T-Wayne. Like my first and middle name put together, it’s just how I was born. So since I was little it’s just been T-Wayne. Their fans have been coming at me. ‘You need to change your name! You need to stop that! Your career is done! Don’t ever try to compare yourself to legends.’ But I didn’t, it’s just my name.” (TMZ)

Earlier this week, T-Pain unleashed his new collaborative project to the masses for free-99.

TP also went to Twitter to ask fans to weigh-in on their fave Wayne banger. 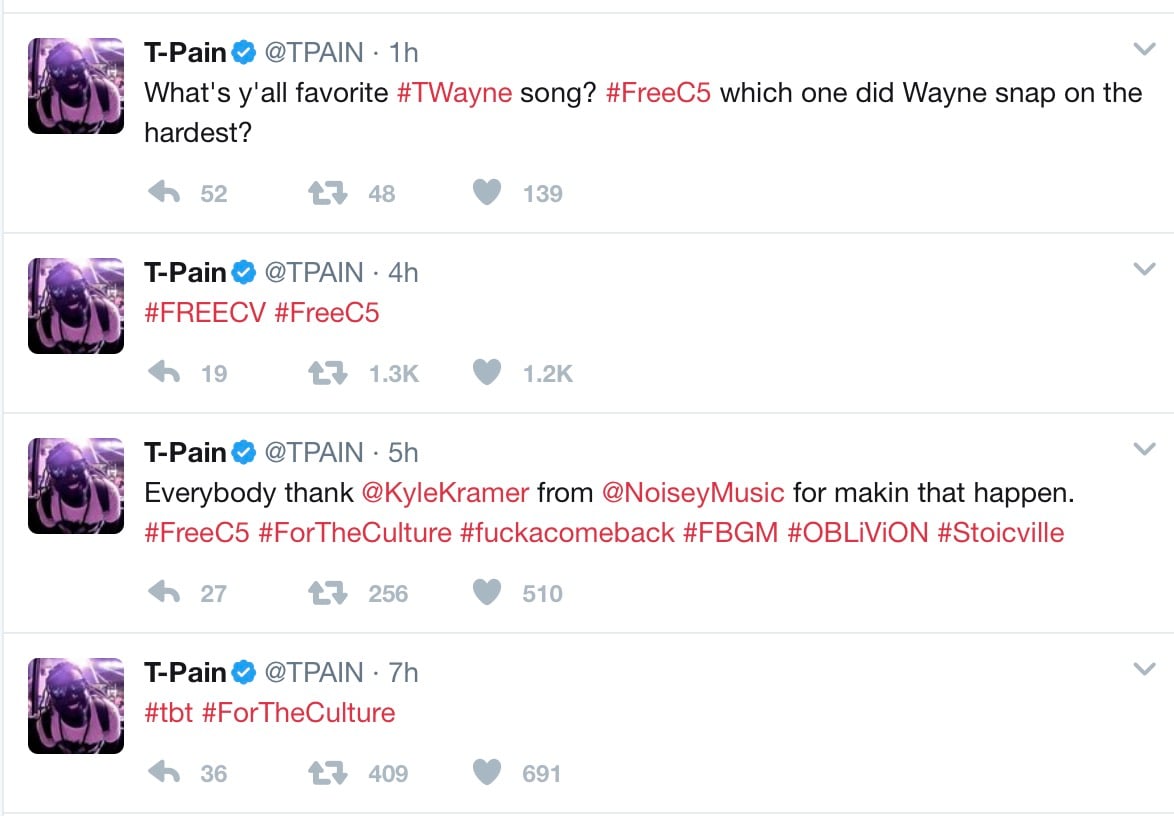 This week, the Southern crooner hinted at plans to possibly release the T-Wayne project. 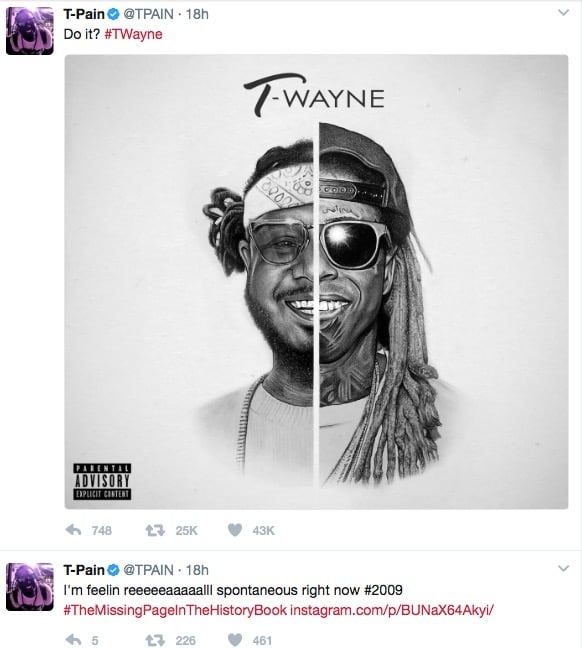 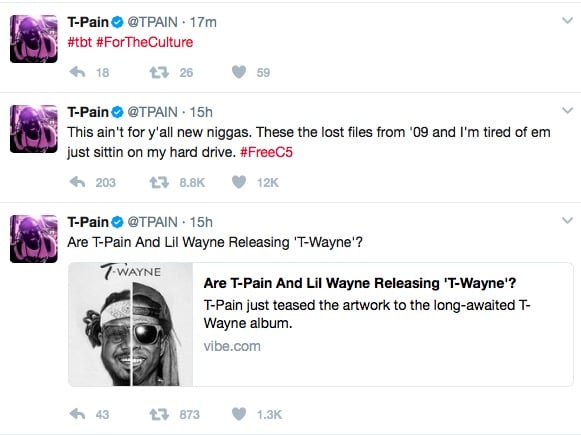 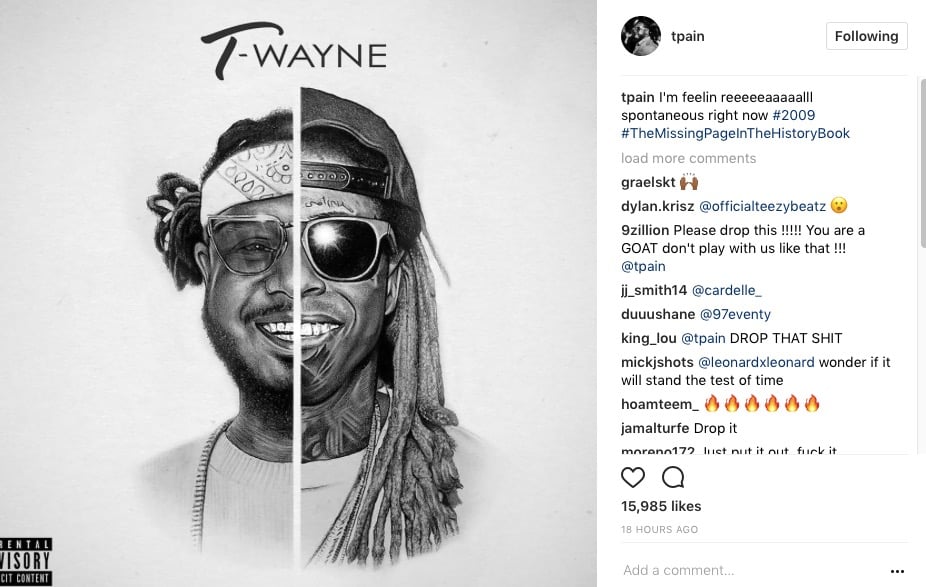