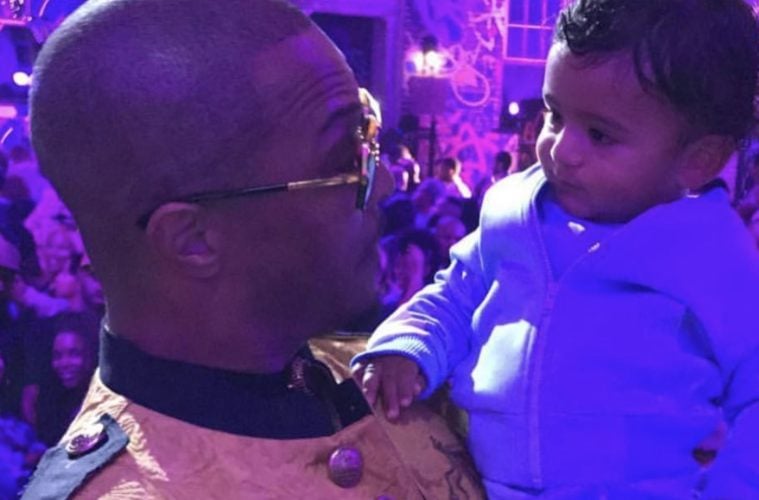 Grammy-winning rapper T.I. is on his daddy duties even when he’s not with his kids. The King of the South clocked in some fatherly time with DJ Khaled‘s celebrity son Asahd.

Tip went to Instagram Monday (September 18) with a hilarious pic of himself and Khaled’s mini-me.

@asahdkhaled : So who handles Heiress' calendar? Me: That would be me & her 4 Big Brothers young man why do you ask? @asahdkhaled: Nevermind…. Put me down old head. Lol

GOD AND @asahdkhaled GOT ME !🙏🏽

Omg @asahdkhaled just stopped by to drop off my platinum plaque for #DoYouMind – this made my night. I'm so obsessed with him. Cuteness overload, I can't take it!!! 😩😍😍😍😍😍😍😍😍 @djkhaled Major. @djkhaled is one of ONLY three artists to have three or more 2017 @RIAA certified songs! @WeTheBestMusic @Epic_Records @RocNation pic.twitter.com/eAfFDiY5fP

That's right. Another one. @djkhaled's "I’m the One” is the @RIAA's second most certified song of 2017 @ 3X Platinum! @WeTheBestMusic pic.twitter.com/qYg7q3zXzD