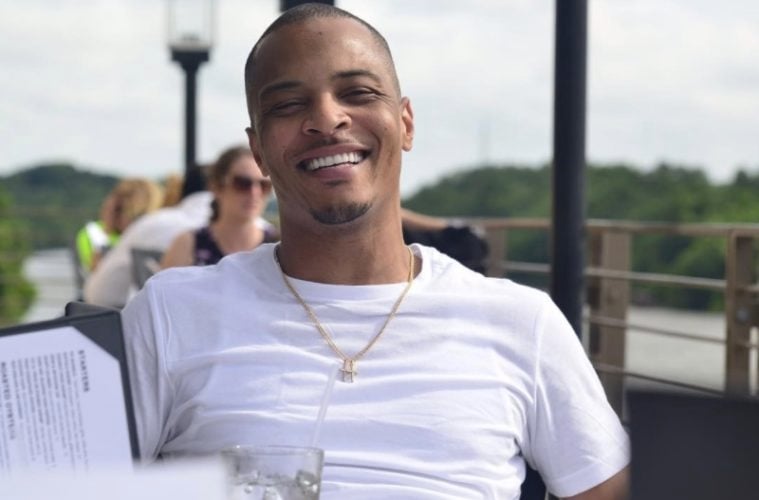 Grammy-winning rapper T.I. is going to all lengths to make sure people know he’s not dining at Houston’s steakhouse anytime soon. The hip-hop stud has once again lit up social media with updates on his growing boycott.

Tip went to Instagram Monday (October 16) to dish on his Houston’s issues.

These cats SOLID!!!! I was so proud of the strength & courage they exuded. I'm standing wit them!!! #houstonswehaveaproblem #USorELSE

I Salute @ernestine.johnson & @mrjaymorrison …. WE WILL NOT allow these matters of discrimination to be ignored. OUR MONEY MATTERS!!! The revenue we spend keeps these companies' doors open!!! For that we should DEMAND their RESPECT!!! Not ask,not beg,not hope for…DEMAND!!! They WILL RESPECT this Bankroll!!! #houstonswehaveaproblem #USorELSE

A few days ago, T.I. updated fans on where he stood with his Houston’s protest.

These 2 Kings just walked off from their jobs at #Houstons today & joined our demonstration. They said they did so because they too witnessed discrimination & felt it from patrons as well as the high level staff. These young Kings said they were fed up with it & QUIT!!!! SKRAIGHT LIKE THAT & came to join US!!! As expected…they say the patrons yelled "FUCK YOU NIGGER" & "GO BACK TO POPEYES"!!!! Those racist bigoted patrons WERE NOT ASKED TO LEAVE. Because this behavior is apart of the #HoustonsHillstoneCulture That's why we're demonstrating & boycotting!!! So THESE YOUNG KINGS along with anyone else who's ever felt discrimination at #Houstons or any other #Hillstone restaurant,THERE IS ACTION THAT CAN BE TAKEN!!!! You don't just have to be disrespected & called a NIGGER & that just be that. WE CAN UNITE,ORGANIZE,& #ShutItDown!!!! I'm here in support of ANY & EVERYONE WHOS EVER BEEN AFFECTED by their discriminatory culture at #houstonshillstone #boycotthoustons #HoustonsWeHaveAProblem #USorELSE

So you say they just gon call u a NIGGA in your face huh Lil bruh? #BoycottHoustons #HoustonsWeHaveAProblem

This WAS one of my favorite restaurants.  After going last week, ordering my food and then being told I had to step outside to TEXT on my phone.😳. I WILL NOT be going back. #Shutitdown #boycotthoustons! #slickracialprofiling Follow @mrjaymorrison to hear what happened with him at #houstonsbuckhead

Earlier this month, T.I. hit up social media to expose a past Houston’s discrimination incident.

This is nothing new. Just wanna show support to all the people who've ever felt profiled or discriminated against at this establishment. WE WILL NOT accept this in our city. You may not care for US personally… BUT U WILL RESPECT THE POWER OF OUR DOLLAR!!!! #ShutItDown #HoustonsWeHaveAProblem #BoycottHoustons #USorELSE