Previous Next
Up Next
https://www.sohh.com/tag/hustle-gang/
1.4k Views 11 Comments
Share
"]

Tip took a break from his set to scold Flex about speaking down on Makaveli.

“Whatever the f*ck’s going on in your life, man, talk to somebody about it, man. Don’t get to acting out, that sh*t ain’t right. I don’t give a f*ck who you is, where you from, you talk down on the dead that’s a reflection of you. Not a reflection of them. I don’t give a f*ck who that is. That’s all I got to motherf*cking say about it. I’m done with that sh*t. And anybody who godd*mn don’t like what the f*ck I said, understand this, if you don’t respect nothing else, you will respect this hustle. Now what you know about that?” 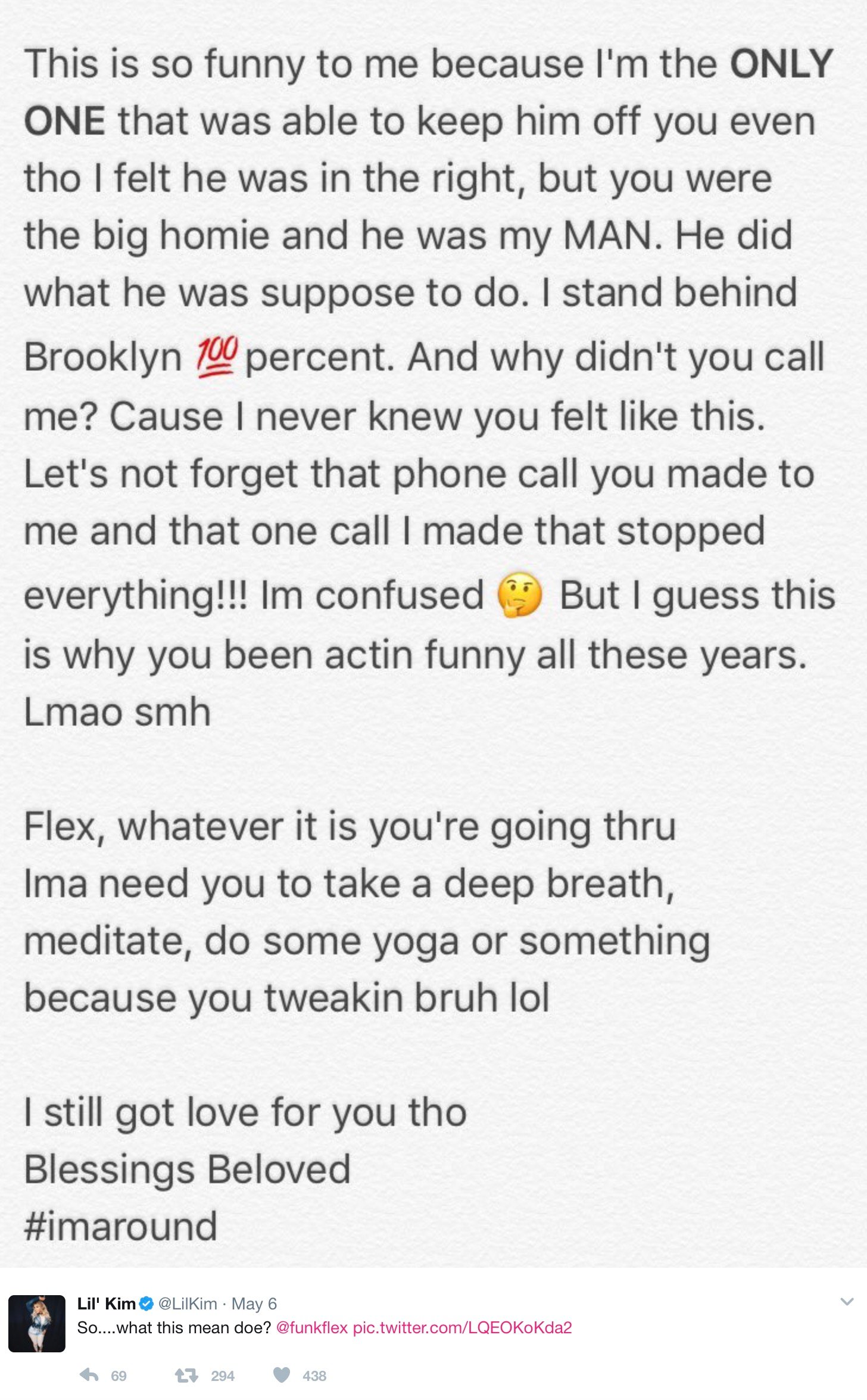 A few days ago, jailed music mogul Suge Knight‘s son clowned Flex for crying during an Instagram Live broadcast about his 2Pac outbursts. @eppsie Hahaha!!! I just turned 100 my brother!!! I'm a try that challenge tho !! #punkflexchallenge (no nigga JUST FOR ME) A few nights ago, Flex could not hold back tears in his rant against late rap icon 2Pac.

“People always say why I said it 20 years later, I said it when the f*cking sh*t was going on and Biggie wouldn’t have f*cking died if that n*gga hadn’t had lied! He lied! Y’all n*ggas worship him! Lied! Never ever said nothing about him! F*cking lied! Nobody wasn’t telling truth! … T.I., you talking about G-code. It’s not G-code. That ain’t G-code. He lied and Biggie died! That’s my only issue. That’s it. That’s it, bro! Why’s that so hard? What’s so hard about that? You think that’s cool? You think that’s good? We worship that? I don’t worship that and I won’t and I don’t have to. I still have morals. I still give a f*ck! He lied! And he carried that lie for years. He knew Biggie didn’t set him up. N*ggas shot and killed Big because of what he said. It’s alright though. Cool. Nothing big. Whatever. Let me tell you something – Suge Knight’s son had a lot of opinions for me and I want to say something to you my brother. I’m not sure of Suge Knight’s son’s name but I know you and your father had some amazing times – I wanna say something about Suge, something that people don’t say about him properly – I admired Suge. You know why? I watched him take a guy like Dr. Dre after Dr. Dre was in a terrible situation, terrible musical situation and watched Dr. Dre shine again and I thought that was incredible. I think all those artists they put out on that label gave Puff and everybody the whole blueprint on how to be successful again and I agree with that.”