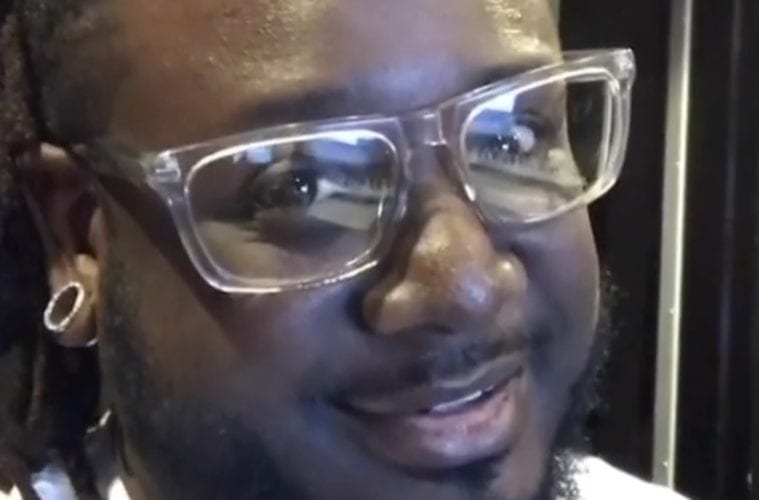 Grammy-winning producer T-Pain wants everyone to r-e-l-a-x. The hip-hop entertainer has stepped up to cool off hot heats upset over a story he told about Travis Scott literally sleeping on T-Pizzle’s production during a past studio session.

On Wednesday, T-Pain came forward and let everybody know it’s not that serious. He said him and Travis are cool and there’s no bad blood despite what people might have initially speculated.

“Come on y’all. It ain’t that serious 😂 sh*t happens all the time. Me and @trvisXX cool.” -T-Pain’s Twitter

While most have defended his hit-making ability and catalog, one person in particular took to Twitter to put some respect and love on his name. Ohio rapper Kid Cudi responded to a tweet requesting the pair make music. He let it be known that T-Pain is one of the nicest people in the industry.

T-Pain recently shared a story about shelling out massive money in studio equipment for Scott. He says he rented speakers that were $540 each, per day, only for Travis to never show up.

Social media defended T-Pain and put major respect on his name. They commended him for his influence on modern/?today’s? rap music? and the careers of artists like Future.