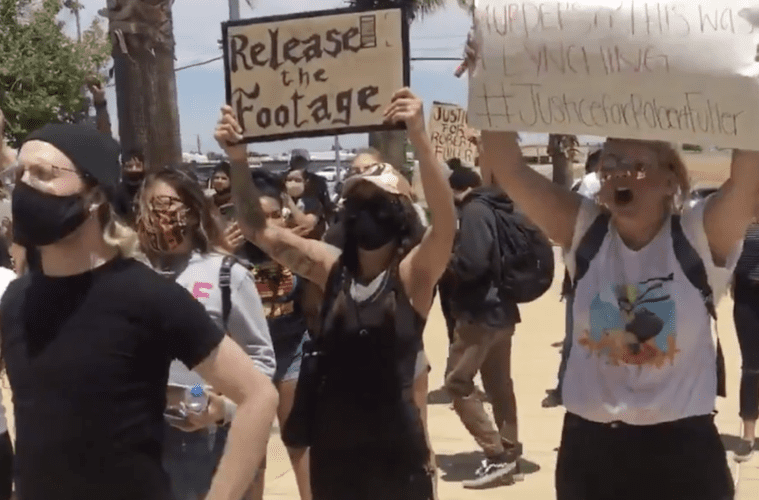 The Internet is demanding a full-out investigation into the death of black man Robert L. Fuller. While initial reports suggested he died as a suicide, massive speculation suggests he had his life taken from him.

According to reports, authorities reported his body hanging from a tree on Wednesday in Palmdale, California. Someone around 3:40 AM drove by and noticed Fuller reported the shocking discovery near the town’s City Hall.

The Internet has fully supported Kim K’s movement. People have unloaded through social media to speak out on the situation and notably referenced Fuller’s body being discovered with a backpack on.

Atlanta rap star T.I. has also shared his disgust in the Fuller situation. The King of the South has demanded justice and recently shared his support in protesting police brutality.