T.I. Isn’t For Hillary Clinton, Rides Behind Bernie Sanders: “Who U Got?!”

Hustle Gang leader T.I. showed off his interest in this past Super Tuesday presidential primaries by rallying for Democratic hopeful Bernie Sanders.

Tip used the power of Instagram to reveal his support for Sanders Tuesday (March 1). 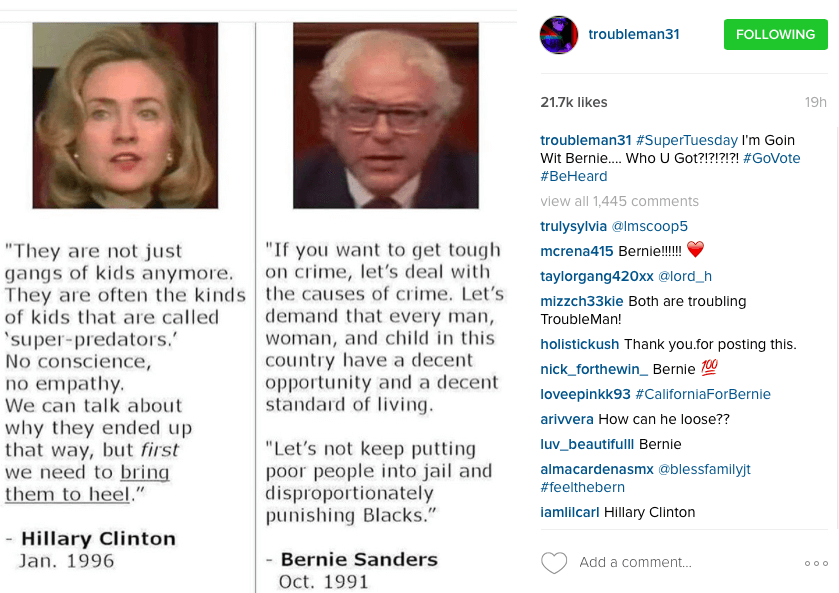 Check out Spike Lee, Killer Mike and Bun B’s support for Bernie Sanders on the next page…

Atlanta rap veteran Killer Mike showed off his support for Senator Bernie Sanders at a campaign event a few months ago.

Atlanta come out the The Fox Theater Tomorrow and Show Bernie Sanders we give a damn about what he has to say. Agree or not we shud flood the place with our faces and voices!

Come out tomorrow and here what the guy has to say. I don't care that u don't agree or "think" u don't. I don't care if U think A social democracy aka Canada will lead us all into being the USSR (which don't exist anymore or Germany under Hitler (y'all crazy for that idea too cuz trump said some Hitler shit for real and nobody said shit ? oh yeah Fuck Hitler) We are all Citizens of this Country and we shud give an ear to all who want to lead. So I don't care if u don't like him, me, rap, Govt or ATL bring your butt out and hear him out. I wud love to meet you. See ya tomorrow. Peace. ✌?️ 4give my typos (#typoKing). #IfABlogPrintsAnyOfMyIGEditMeYaBastards ? thank U.