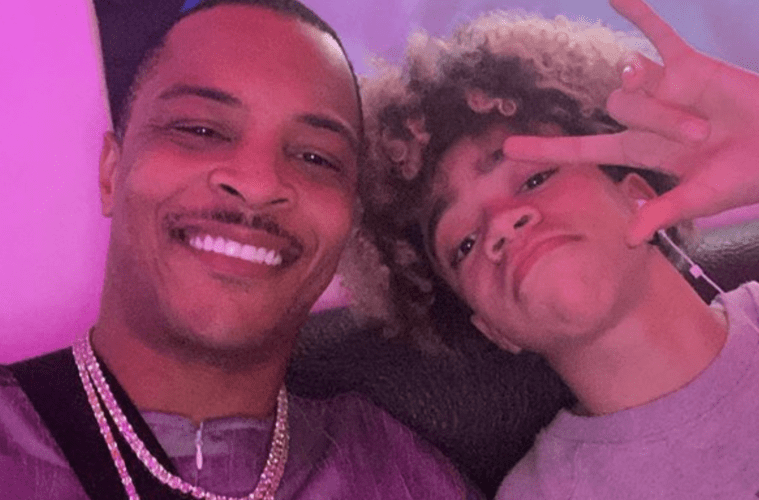 T.I. Goes Off-Off On Donald Trump + Roasts Him Over Doing Whatever He Likes To His Music: “I Will Not Be Fooled!”

Atlanta rap star T.I. is not here for President Donald Trump‘s reelection bid. After Trump used a snippet from Tip’s classic “Whatever You Like” track to roast Joe Biden, the King of the South has responded and plans on pursuing legal action.

This week, T.I. went to Instagram to express his frustration with the ad. Instead of just going off, the Georgia native also threatened to take legal action against the head of state.

I ain’t going for it… Mr Trump, if u beat me u won…but I WILL NOT BE FOOLED!!! I know u got plans for my people that are contrary to OUR BEST INTERESTS. Make no mistake… WE AINT ON THE SAME SIDE. Whatever U ARE,IM NOT!!!! Be CLEAR!!!! I have a family, I have children, I have ancestors that I WILL NOT LET DOWN. If me & mines ain’t safe, if me & mines in danger…. Guess what??? It’s gon take all my air to keep me from #Goin⬆️ Heh… U Have No Idea. May God Be with U sir. Have a nice day Mr. Trump.

A representative from the hip-hop veteran released a statement as well revealing plans to take Trump to court over the video.

“Trump and his team (out of desperation for his campaign) have circulated a campaign video post throughout social media that includes the unauthorized use of T.I.’s song “Whatever You Like,” along with edited images of him and Joe Biden. The video distorts lyrics from his #1 charting song by misrepresenting the lyrics through text language and distortion of his recorded voice. It goes without saying, that T.I. would not in any way ever support the divisive policies and destructive propaganda of Trump. The people of our country deserve far better than this. Be clear, he does not authorize it or consent to the use of his song to falsely suggest any endorsement of President Trump or to attack Joe Biden. It is sad, but expected, that this President would stoop so low to use his property without authority to manipulate the community. T.I.’s legal team and media partners are already moving Expeditiously to block this unauthorized use and set the record straight in no uncertain terms!”

The anti-Biden post was put up on Donald Trump’s official Snapchat page.

T.I. is pushing a new agenda. He has come forward to encourage followers to show support for ending police brutality by contributing to an upcoming blackout day. Heading into Friday, Tip went online and told people to mark July 7 on their calendars. The King of the South said this day would ultimately allow people’s money to hurt companies’ pockets and show it’s time for blacks to stop getting negatively targeted.

“Nobody spend SH*T on this day‼️ IF you Give AF about the murders,lynchings,& oppression of people of color!!! #USorELSE✊🏽#BlackoutDay2020#July7th” – T.I.’s Instagram