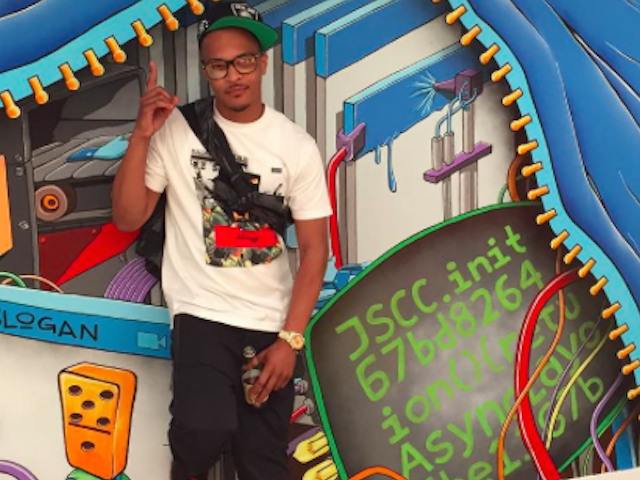 According to Tip, his decision to rock with TIDAL was much deeper than Jay’s involvement.

“TIDAL is trying to put the power and ownership and equity of the art back in the hands of the people who cultivate the artistry. That is what’s important. It’s the only black-owned streaming service and it pays more. When artists get their song played on Spotify or Apple Music or anywhere else, it pays more, offers more back to the artists. As a platform, it’s a multimedia platform.” (Shade 45 Streetz Is Watchin)

Watch T.I.’s full interview on the next page…

Tip announced tonight prior to his livestreamed TIDAL X: TIP show in Atlanta that he has entered into an exclusive distribution agreement with Roc Nation for his forthcoming 10th studio album ‘Dime Trap’ to be released on his Grand Hustle Records. The first single, “Money Talk,” produced by C4 and Kip and is available on TIDAL, the global music and entertainment platform. (Press Release)

Tip also announced he was the latest artist to take ownership of Jay’s TIDAL streaming company.

Last summer, the “King of the South” talked about the motivation behind his upcoming Dime Trap album.