Hustle Gang leader T.I. has offered some knowledge to people, especially ex-convicts, about what rights they have to vote with the presidential election quickly approaching.

Tip explained why he and others are eligible to vote despite serving time behind bars.

“What do you mean if I could,” Tip asked a paparazzo. “See, that’s the problem with thinking. You should know. Nah, I definitely can vote though. I voted for Obama both times. As long as you, and this is something most people don’t know, if you are not serving any sentence, as long as you are not on any probation or anything, if you have completed your term, you served your bid to society, you can re-register. [Who am I feeling right now?] Bernie Sanders. He might be the most honest and straight up dude, the most viable option.” (TMZ)

Watch T.I.’s interview on the next page… 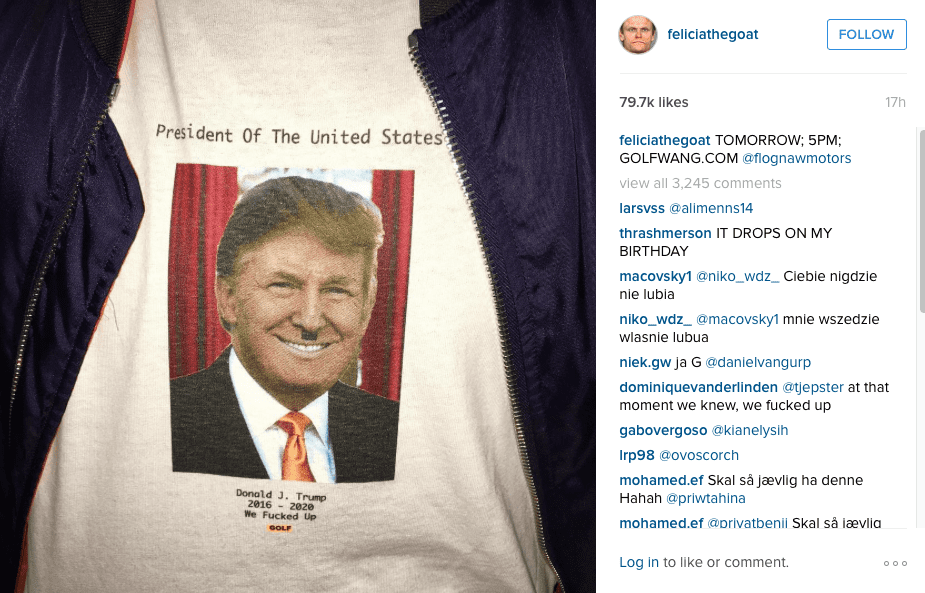 “With him, he’s rich as f*ck, he’s getting the best looks,” Joey said referring to Trump. “Whether good or bad, all publicity is good publicity. The way the sh*t is going right now, it’s like he’s already the president. Especially with all of this new chaos that’s breaking out at all his rallies – it’s like, ‘Yo. They’re about to turn the f*ck up.’ They’ve been provoking that in us for a minute and I feel like they’re going to go to the most extreme measure they could until we start really turning up and then they can just kill us. Yeah. … This sh*t is like WWE with Donald Trump.” (Whoolywood Shuffle)