Hustle Gang leader T.I. may be feeling the aftermath of his New York City concert shooting the hardest in his wallet this week.

According to reports, a high school organization wants $55,000 it recently paid Tip for an upcoming graduation party.

Tip was set to perform a concert in South Florida for grads from multiple high schools on June 11. The contract was signed and promoters had sent him $55,000 to retain his services — but then the shootout happened. TMZ has learned promoters fired off a legal notice saying, due to the shooting, “the quality of the Talents services is not satisfactory to our Client.” They added … the event was marketed “as a safe environment for the students.” (TMZ)

The Atlanta rap veteran spoke out on the shooting’s aftermath last night (May 26). 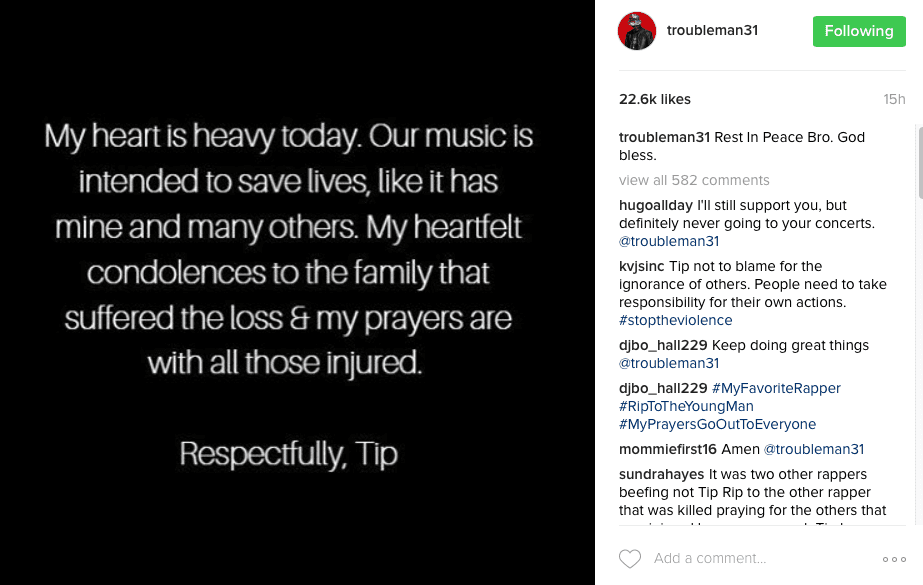 3:45 PM PT — Cops have added an attempted murder charge and another count of criminal possession. We’re told ballistic testing is ongoing, and depending on results, he could also get a murder charge. NYPD released video they say shows rapper Troy Ave — who’s now been arrested — opening fire Wednesday night during the NYC concert T.I. was headlining. (TMZ)

“The crazy world of these so-called rap artists who are basically thugs that basically celebrate the violence that they’ve done all their lives,” he said. “Unfortunately that violence often times manifests itself during their performances, and that’s exactly what happened last evening.”