Hustle Gang leader T.I. has no intention of supporting Republican presidential candidate Donald Trump and sent a dicey message to him this weekend.

“Empire” star Jussie Smollett showed off his disgust of Trump on Twitter this weekend. 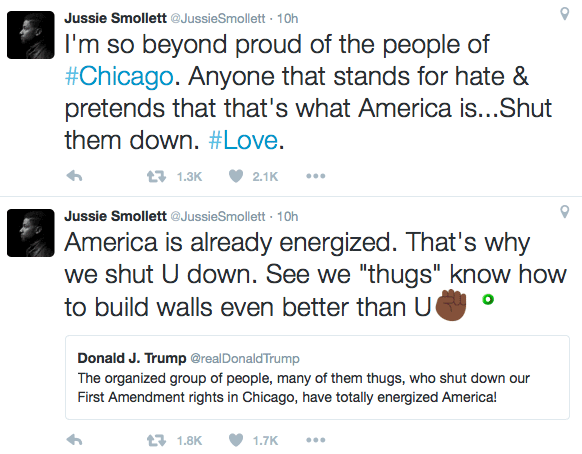 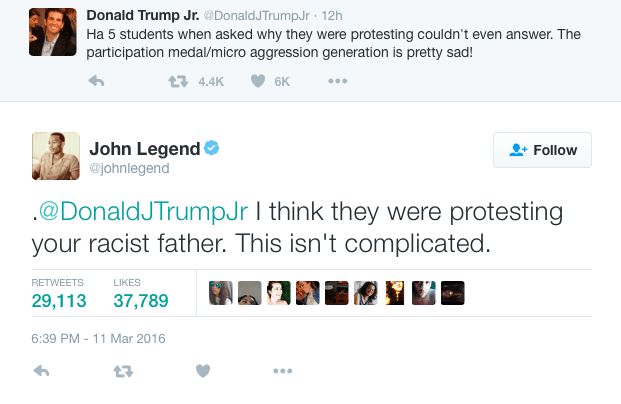 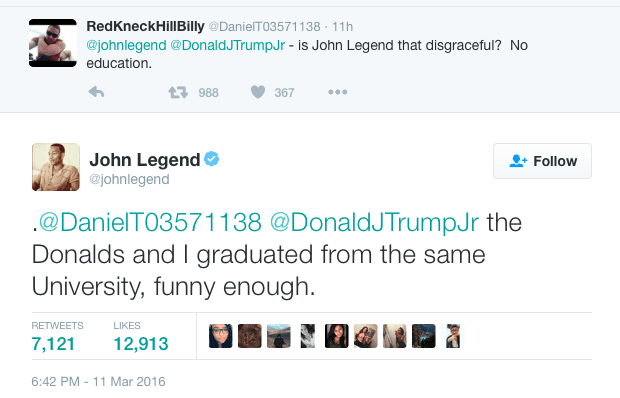 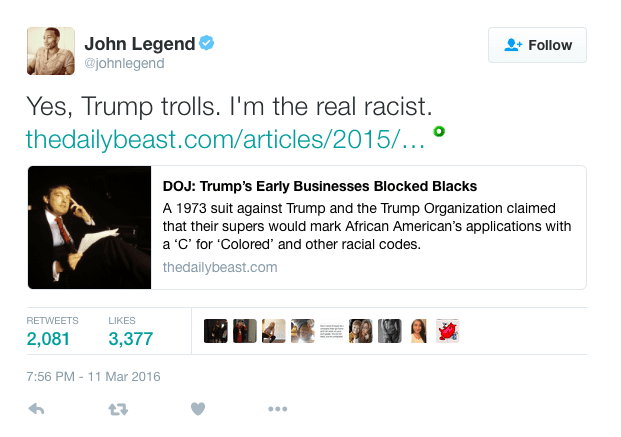 Appearing on “The Nightly Show with Larry Wilmore” this week, Pittsburgh rapper Mac Miller did not hold back on his issues with Donald Trump.