Grammy-winning rapper T.I. sees the finish line. The “King of the South” has revealed he’s hanging up the microphone for good after three more solo albums.

If all goes accordingly, Tip will end his album-making with Kill The King.

“I’m ready to get the hell outta here, though. I got, like, two, I got, this next album and two, I got three more albums in my head, conceptualized. Once I get them out, I’m done. [Jeezy album?] We’re still doing it. … [The next albums?] The next one is more like trap music. It’s trap music 2017. And the one after that, it’s gonna be more like a, uh, love as it pertains to a dope boy. And the one after that, that’s my final album. It’s called Kill The King. The last album is Kill The King. Simply because ever since my first album, I’ve put the title of ‘King of the South’ on me and to make yourself the king is to make you a target. And in chess, the object is to kill the king. So Kill The King is the title of my last album. Will they kill him or will he ride into the sunset happily ever after?” (“The Breakfast Club”)

Last month, Tip sent out a friendly reminder about his contribution to trap music.

A few weeks ago, the “King of the South” announced his mindset for 2017. 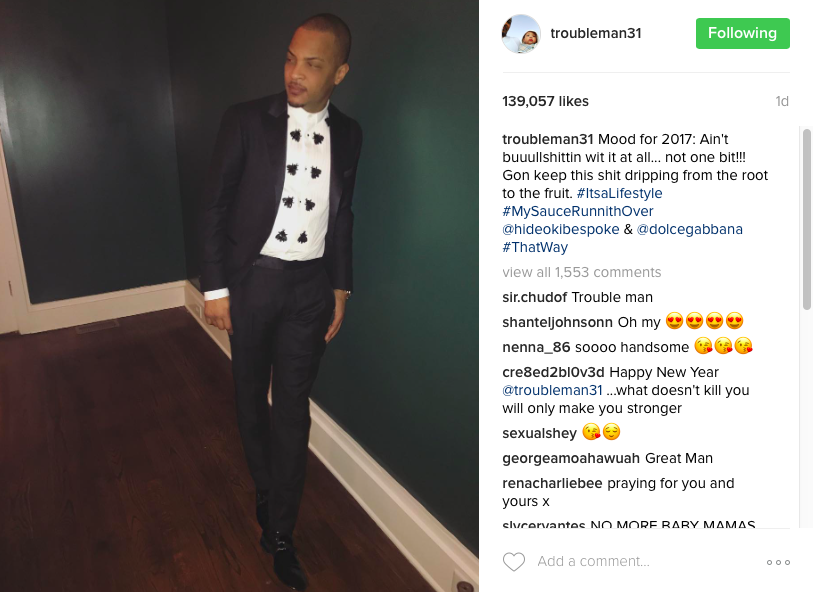