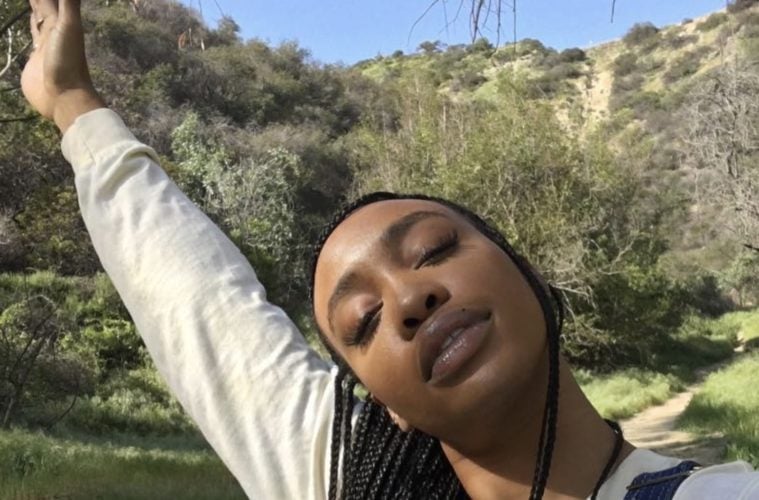 SZA Shares Priceless Cardi B Coachella Moment: “Dead A** Saw This Queen At 2 AM Last Night & She WASN’T Sitting”

Top Dawg Entertainment’s SZA had a major bounce back at Coachella Weekend 2. The crooner has stepped forward to speak up on invading Cardi B‘s epic performance.

Early Monday, SZA went to her Instagram page to reflect on sharing the stage with the mother-to-be.

Umm dead ass saw this queen at 2am last night and she WASN’T sitting…Iono how she does it!! 😰🏆👑🙏🏾💞Thank you SO much for having me ! Sooo fucking inspiring to watch! 🗣#IDO 💞#BOACHELLA💞👌🏾 @iamcardib

Last week kicked my ass . Every technical difficulty that could’ve went wrong did . Every “friend” I asked to come out bailed on me . Lost my voice completely . Didn’t even get a chance to play the weekend . Couldn’t believe it was all happening on my biggest stage to date. I LOVE AND ACCEPT ALL CHALLENGES !! THANK U GOD FOR EVERY GROWTH OPPORTUNITY TO STEP INTO BIGGER DRAWS . I AM BIGGER THAN MY ADVERSITY . DOWN 9 TIMES BUT I GET UP 10!! This Friday is MINE 🙏🏾 . #COACHELLA2018 🙏🏾💕🌸✨

A few weeks ago, the crooner shared her cameo-heavy “Broken Clocks” video.

In a recent interview, the high-profile singer hinted at possibly hanging up the mic after her next solo album.

My world got so much smaller so fast. I have so much to write about. I feel like I’m in a cage. I’m making the best album of my life for this next album and I know that… because it’s going to be my last album.” Let’s not take that “last” part too seriously. She delivered it with a grin and has been known to flirt with the idea of early retirement. (Flaunt)