According to Swizzy, his five-year-old son has a production credit on K. Dot’s new solo offering. 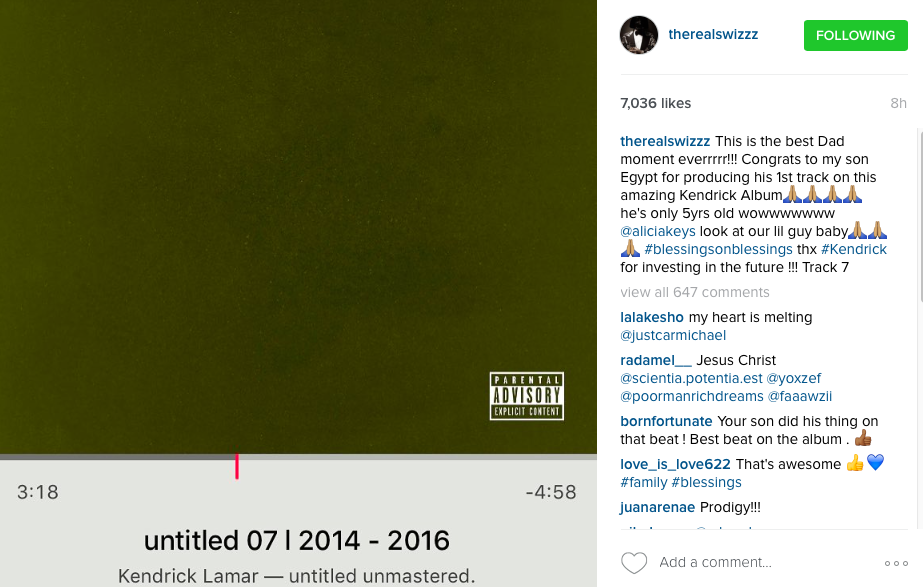 This is Egypt playing the intro to his beat on #Kendrick #7 on the album ⚡️⚡️⚡️⚡️ 5yrs old in his zone !! #proudparents making of the beat vid 2

just woke up…whats all this commotion about? #TDE

Speculation of the new album coming out developed hours prior.

untitled unmastered., which surfaced on HipHop-N-More, features eight untitled and unreleased songs that were recorded between 2013 and 2016. The tracklisting already appears on Spotify, pointing to an impending release. (Rap-Up) 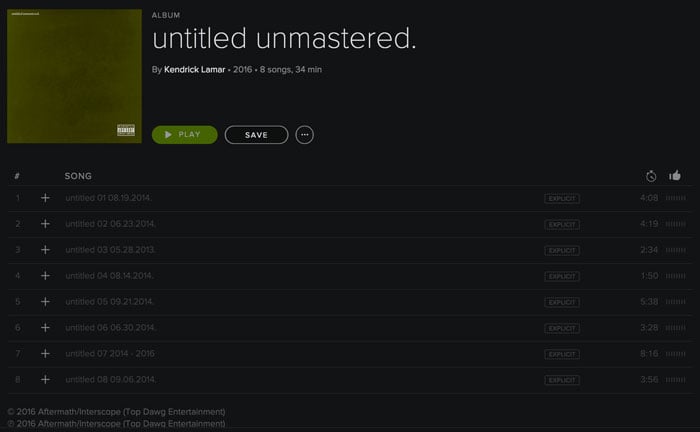