Chicago’s Chance The Rapper and fellow hip-hop artist Lil B have teamed up for the release of a new mixtape called Free.

Both hip-hop stars released the project’s cover art and directed fans in how to snatch it on Instagram Wednesday (August 5) afternoon. 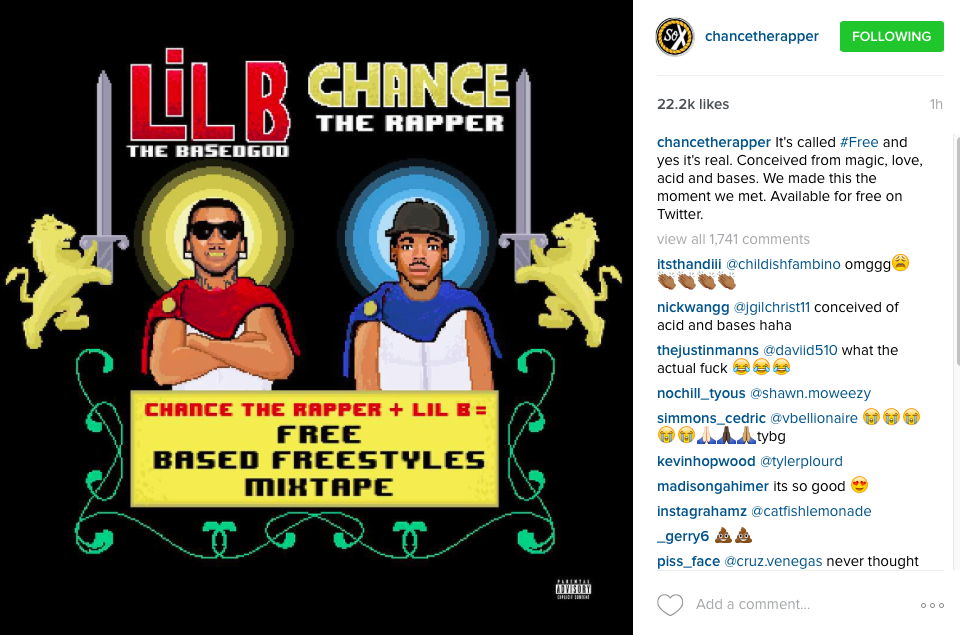 Recently, Chance The Rapper confirmed he had a joint project with Based God in the works. Based God also confirmed the album on his Instagram page. 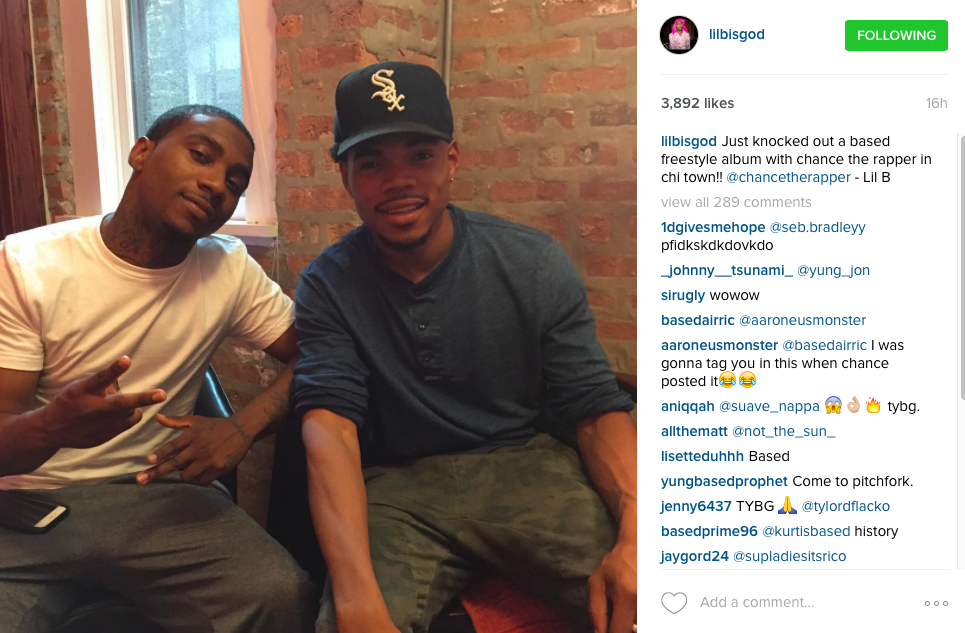