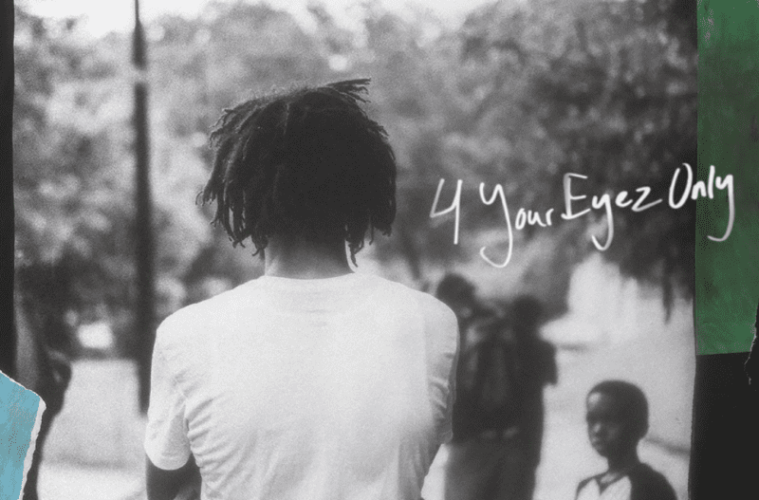 Less than 24 hours after buzz developed about a new J. Cole album dropping soon, the North Carolina native has teamed up with TIDAL for a new documentary called Eyez.

Earlier in the day, buzz developed about Cole gearing up to release a new album called 4 Your Eyez Only.

Is J. Cole dropping a new album next week? An iTunes pre-order listing has popped up for what definitely appears to be a new J. Cole album entitled 4 Your Eyez Only. Though no track names have been made available, the project looks to span 10 tracks and is once again a Dreamville release. The album is expected to drop Dec. 9. (Complex) 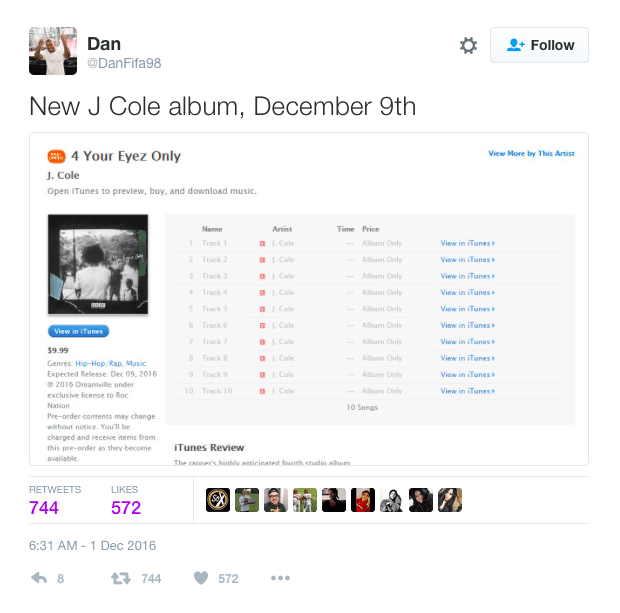 A few weeks ago, J. Cole announced plans to take time off from touring.