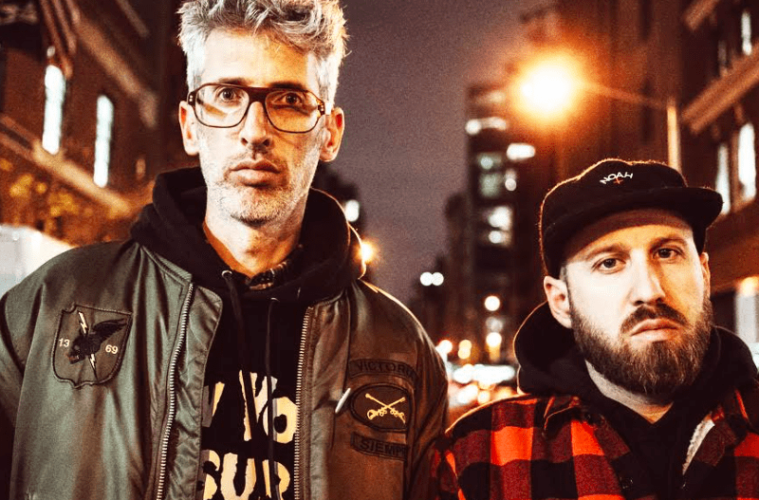 [Legendary DJ Stretch Armstrong and Up North Trips founder Evan Auerbach, recently sat down with hip-hop personality and SOHH correspondent Shawn Setaro on his popular “The Cipher” podcast to discuss their new book No Sleep: NYC Nightlife Flyers 1988-1999. Listen to the full interview and check out five gems they dropped during the Q&A. Photo credit: Maxwell A. Schiano]

On the difference between then and now:

Stretch: “Now, just through the internet, it’s really easy to absorb a lot of different music from different geographical areas and from different cultures, and I think a lot of people have this very open-minded, eclectic taste. But that’s from the convenience of your home. So you’re not necessarily bumping elbows with other kinds of people, you’re just listening to music. Whereas back in the ’80s and ’90s in New York City, you’d go to a club and you wouldn’t just hear different music, you’d also be spending a good amount of time with a lot of different people. I think that’s something that’s been lost in New York.”

On being rich in 80s nightlife:

Stretch: “Money could work against you at certain clubs. If you were known to be wealthy, then you had to be extra-cool to get in, because there was a conscious reaction to money, and a resistance to the idea that you can buy cool, because you couldn’t back then. And of course, that changed in the ’90s.”

On figuring out who designed the flyers:

Auerbach: “Most people whose collections we were able to get, they couldn’t even cite or source who the designer was. In some cases it’s obvious, and we’ve had conversations with a couple of designers—Gregory Homs, HAZE—and they were proud to know that they did those things.”

On why they like the flyers from that era:

Stretch: “They have an idiosyncratic quality. They reflect the technological limits of the time, before computers, and making the most with what you got. I like that.”