Stit announced his desire to face-off against the rap veteran on social media Monday (December 14).

#PressPlay : Looks like #Stitches is trying to fight #TheGame in a celebrity boxing match ? His manager #Wack100 gave his own proposition ?? #StopTheMadness

No excuses . After this the problem is dead . Let's give your fans and my fans something interesting to wAtch. @celebrityboxing

This past weekend, Stitches released a couple Instagram posts and promised his career would only grow stronger despite the attacks. 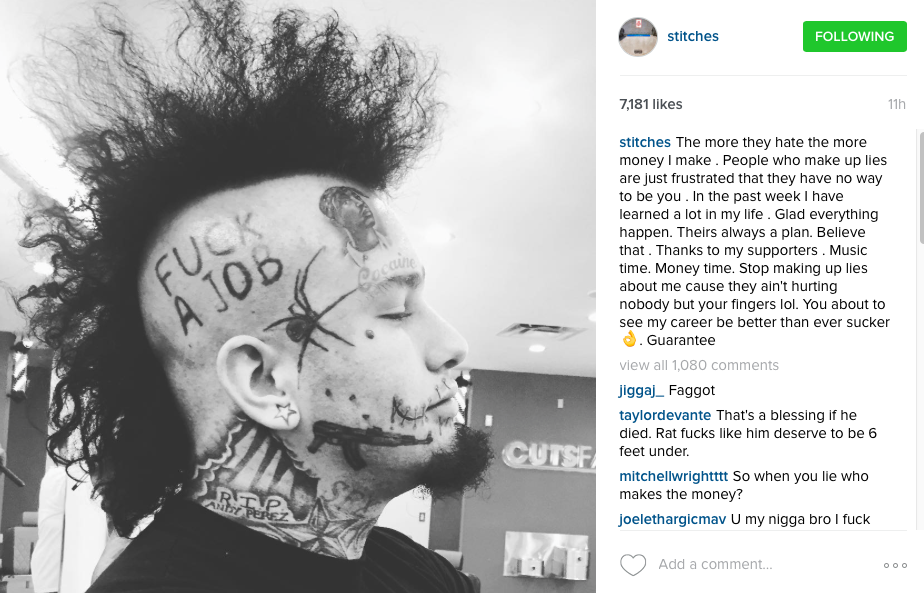 Here's an invitation to all them pussys

A few days ago, Game addressed Stitches being attacked by his own crew on social media.

@Wack100 ???? oh shit… Did this nigga just run to his car like a convalescent bingo champion lol… This bitch having a bad week lol….. I wasn't gone post but damn, now ya own friends whoopin yo ass ??? Cot damn blood….. N who was you tryna kick my wigga ??? N this fag pressing the gas but the car ain't movin… He want outta this situation bad… Well guess what #AintNoLeavinBihhhhhhhh lmaoooooo…. Sit yo punk ass right there in that college girl Benz & take them jabs fuck boy… & where's these niggas at so I can give they kids a Christmas shopping spree on me !!!!! Have these 2 villains hit me…. Toys R Us on uncle Game for all the kids !!!!!!!! #SockinTheShitOutThatBoy [Pause the video on the part where he put his hands up like the zombies in the Michael Jackson thriller video] ???????????????? #GetACarWithAutomaticStart #LikeNightRider #SoDatBihhhCanPullUpOnYouWhenYouGottaRoll #BoyGettinThatMortalKombatAssWhoopin #FinishHim

“At the end of the day, I can respect his movement but we ain’t tolerate no disrespect. His balance ain’t there. He’s a kid. He ain’t been living long enough deal with certain people and certain situations – I’m a little older, so I ain’t got no problem coming with the hands.” (“La Jefa Del Bloke”)