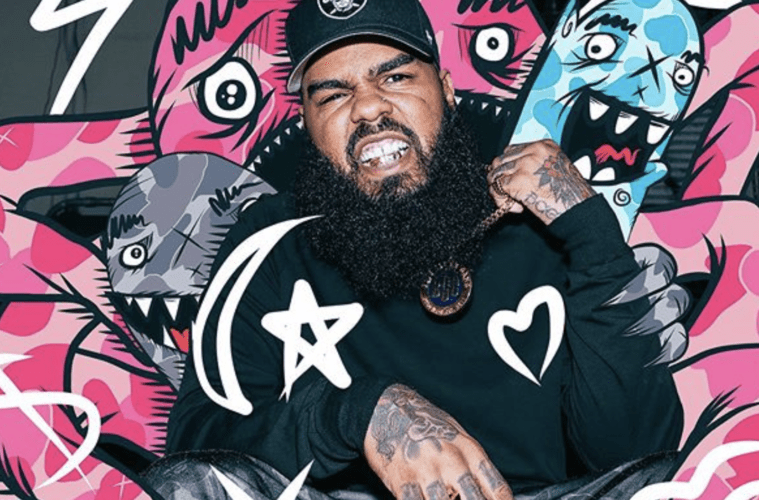 Ohio rap artist Stalley is getting fans pumped for his new Pariah album. The hip-hop veteran has teased supporters about the upcoming EP with a new single.

Stalley’s “Slow Down BB” Has Arrived

This week, Stalley pulled through with some new tunes. The hip-hop entertainer blessed followers with his “Slow Down BB” record.

The EP Is Coming

Instead of just giving his day ones a one-off, Stalley is going the extra mile. His new Pariah project is slated to drop in 48 hours.

After numerous critically acclaimed mixtapes, that success culminated with Stalley inking a deal with Rick Ross’ MMG (Maybach Music Group) and the release of his official debut album, Ohio, which debuted at #35 on the Billboard 200 chart and included collaborations with Rick Ross, De La Soul, Ty Dolla $ign, August Alsina and Nipsey Hussle. Since deciding to part ways with MMG, Stalley has kept his rabid fan base satisfied with a slew of EP’s. and today, Stalley announced his new EP Pariah.

Gearing up for the Friday release, Stalley has provided some insight on what fans could expect. He issued a statement this week on his state of mind with the new solo offering.

“Pariah brings me back to the early stages of my career.  Then, music was a portal from struggle towards faith.  My first release, Going Ape, was inspired by what I was listening to as I traversed the city by bus and train, alone in my fears and anxieties—wondering if I could make it in the Big Apple. Almost a decade a later, we are all isolated.  I feel so much for my friends and family across the globe.  Despite all that’s going on I have to use music as a vessel to express myself.  I hope all those in the BCG family and beyond can find some transformative space through this new project.”

Over the past few days, Stalley has hyped his social media pages with EP teaser content. He’s announced the project’s Friday release on both Instagram and Twitter.

“When you look thru me I often wonder what you see. Someone out to hurt you or King. I just released ‘Slow Down BB’ the first single off my new project on all streaming platforms. Go to the link in my bio to listen RIGHT NOW! ‘Pariah’ drops this Friday, 4/24.” -Stalley’s Instagram