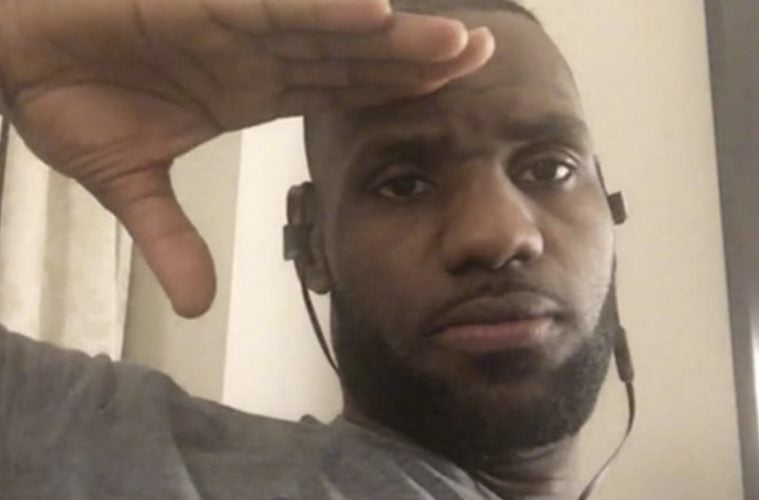 Spurs Icon Gregg Popovich Keeps It 100 On LeBron James/Laura Ingraham Feud: “Unbelievable Show Of Arrogance For A Talking Head to Try To Tell Someone Else If They Can Speak”

San Antonio Spurs’ Gregg Popovich has some smoke for Fox News host Laura Ingraham and her recent disses toward LeBron James. This past weekend the championship coach came to King James’ defense amid Ingraham saying the NBA icon should “shut up and dribble.”

In an interview with reporters, Pop did not hold back his issues with Ingraham going in on one of the most standup NBA players to date.

“It was an unbelievable show of arrogance for a talking head to try to tell someone else if they can speak, what they can speak about, when and where to do it. It’s just ludicrous. To not have a feel for who this guy is and think about when he came into the public view and how young was and to this day, he hasn’t missed a step, he hasn’t fallen off the ledge, he’s been a brilliant example for millions of kids. Especially kids with lesser opportunities who haven’t had the same advantages of others. They see in this guy somebody who has consistently exhibited excellence in the workplace and gives them a voice. Let’s them know you can speak anything. It really is a first amendment.”

Earlier this month, both LeBron and Laura clashed over controversial “shut up and dribble” comments.

Hey King, Come play on my Court next week. You’re invited on the show anytime. https://t.co/CpXRl5jGzQ

They use to try and hide it.. now the president has given everyone the courage to live their truths. https://t.co/OwLSMHIG0m