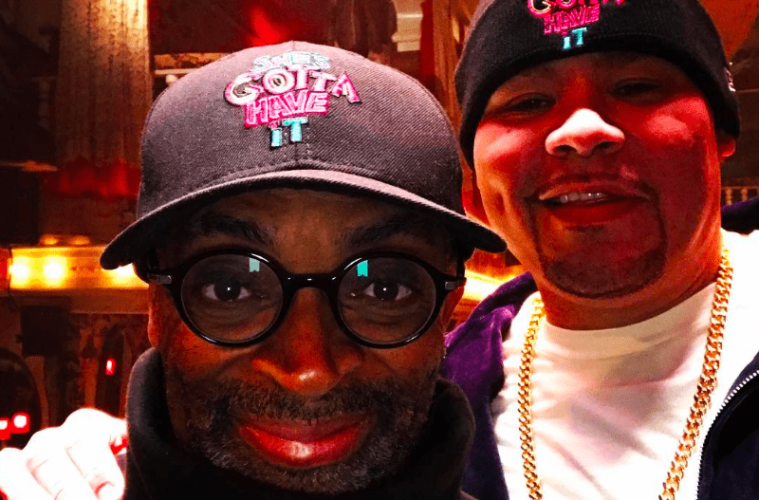 Hollywood director Spike Lee has a few words for Chrisette Michele. The filmmaker has reacted to the singer landing a performance spot at Donald Trump‘s inauguration.

Lee went to Instagram Thursday (January 19) to go off on Michele showing the President-elect support. 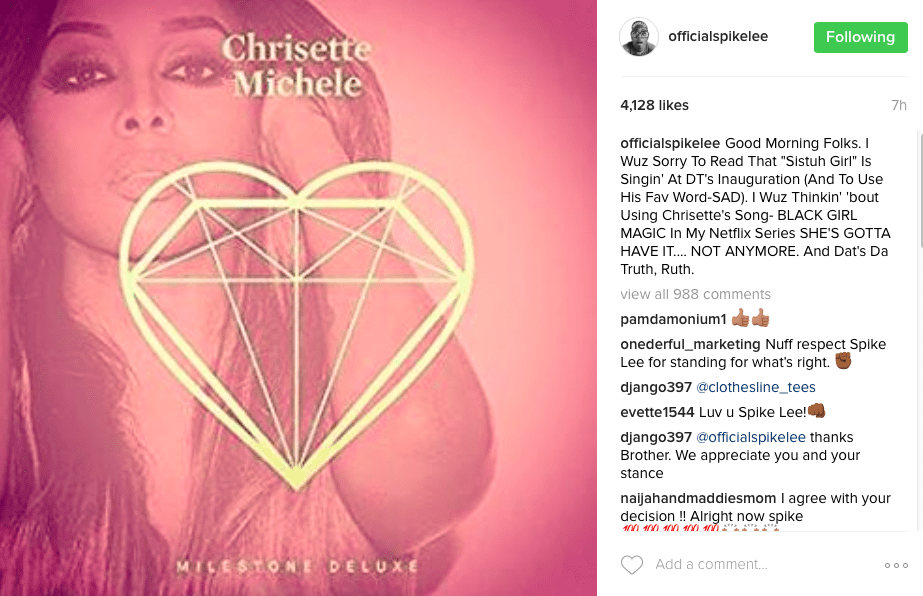 Earlier in the day, Michele seemed to come forward to defend her inauguration performance. 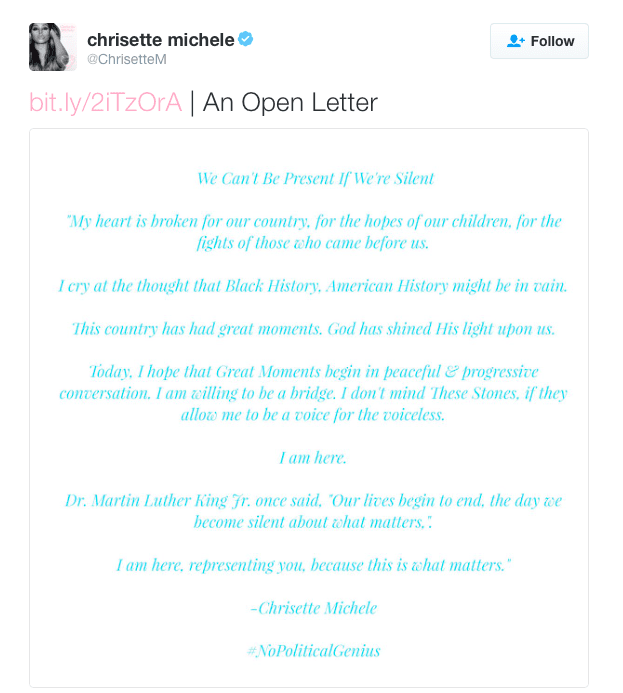 Buzz developed this week about Michele possibly getting picked to perform at tomorrow’s event.

Donald Trump’s inauguration has hit a few speed bumps over the last two months, with numerous performers – including a Bruce Springsteen tribute band – pulling out. However, the team behind the inauguration are likely thanking their lucky stars as Grammy-winner Chrisette Michele – who recently appeared on Obama’s 2016 playlist – has reportedly agreed to play. (Independent UK)

The rumor even sparked a less than friendly reaction from The Roots’ Questlove.

I'd pay Chrisette to NOT perform 😔