Soulja Boy’s Trying To Make Mad Money Off His Draco

Atlanta rapper Soulja Boy knows how to capitalize. The hip-hop star has relied on the controversy his recent Draco viral clips have generated to land him some extra bucks.

This week, Soulja hopped on social media to announce new merchandise based off his now-infamous gun drama. 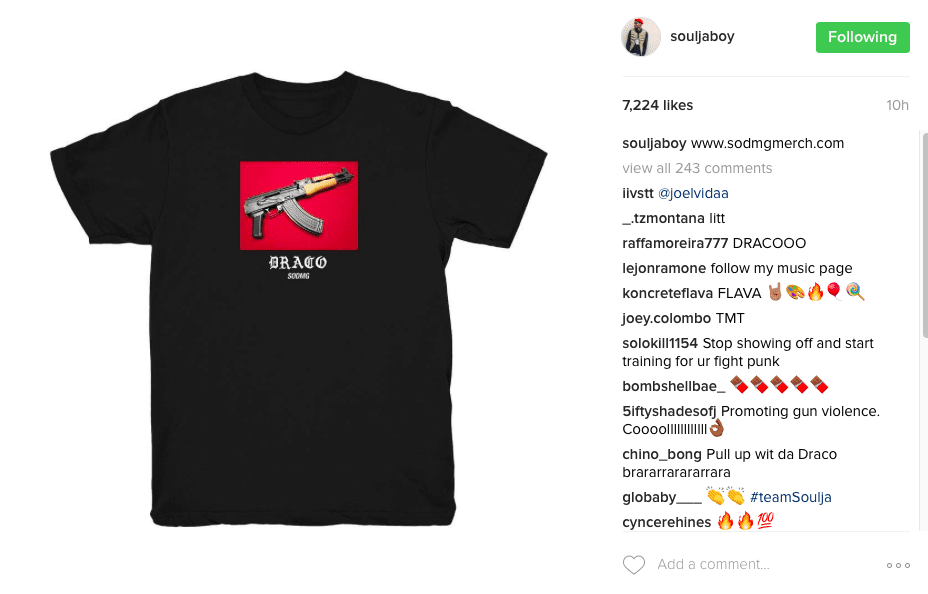 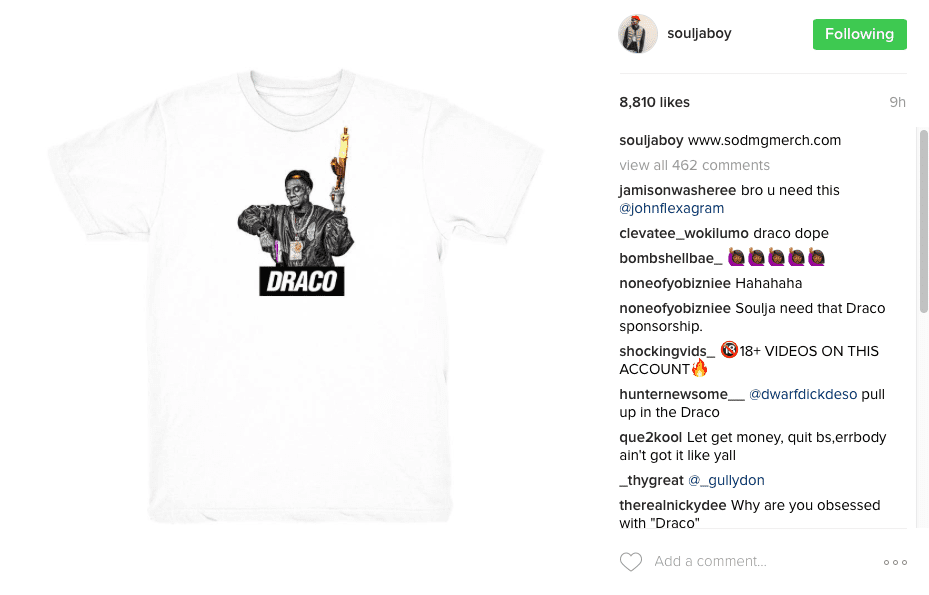 Last month, Big Soulja released a statement after appearing to get arrested for gun possession. 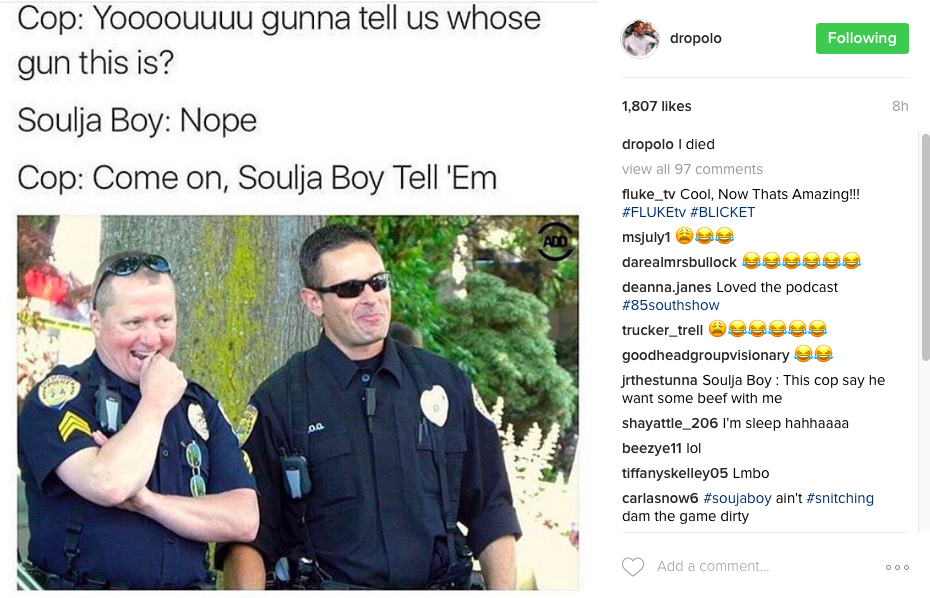