According to new gossip, Soulja is behind in his Hollywood Hills monthly rent and could get evicted if he doesn’t make things right.

Soulja leased a pad in the Hollywood Hills 3 months ago for $6k a month. His landlord tells us he’s already $6k behind and counting. The landlord says when he demands rent he gets blown off. Since he moved in, the house has been a target for trouble. Cops arrested him there last month after he violated his probation … and earlier this week the place was burglarized. The landlord tells us he’s had it with Soulja, and if he doesn’t pay up by week’s end, the legal guns come out. (TMZ) 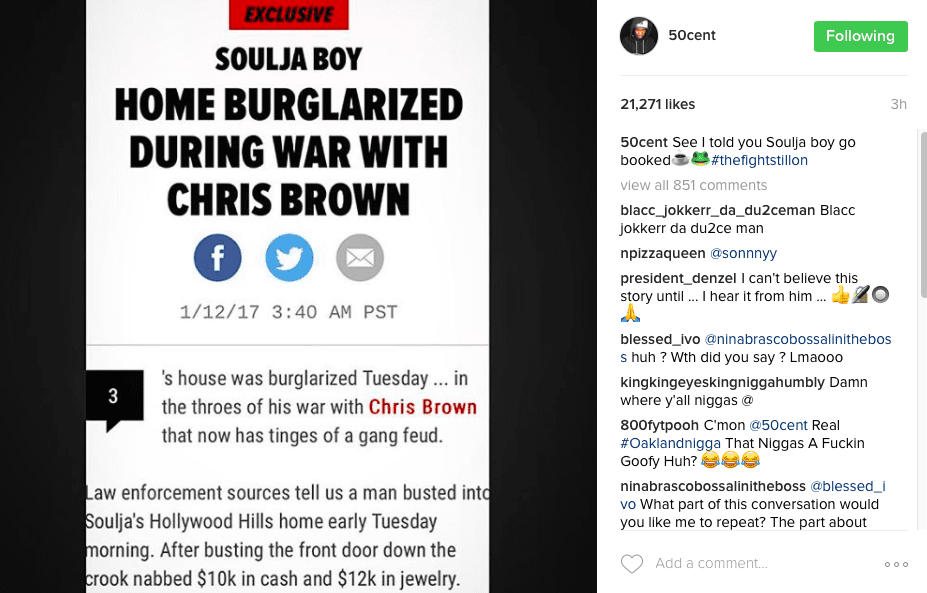