Atlanta rapper Soulja Boy has announced he will be the proud father of a new baby boy soon. 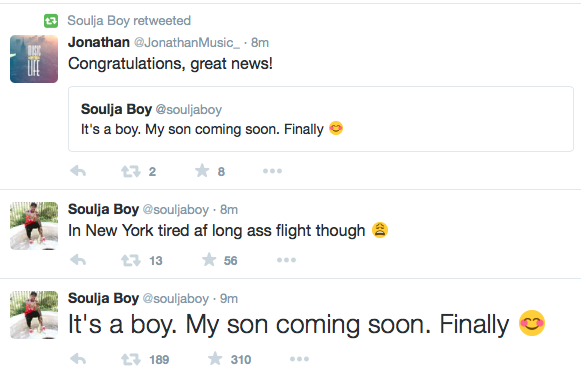 SB hopped onto his Twitter page and claimed it fell victim to a hacker earlier this month. 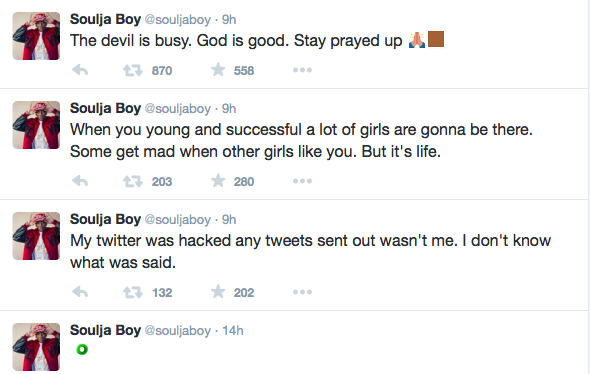 A tweet about having a sex tape with girlfriend Nia Riley popped up onto Soulja Boy’s Twitter page in mid-August.

A month prior, SB announced his marital status across social media.

In a series of tweets, the 24 year old wrote, “All I want is a girl that’s loyal and here with me most of the time. It’s that too much to ask for… If you’re not gonna be around why even be in a relationship… “No matter how much you do for a person it’s never enough.” He then announced, “I’m single” and even went so far as to post his cell phone number to encourage girls to call him. He subsequently deleted the private information and has since changed his number, asking friends to reach out to him online for the new contact details. (Contact Music)